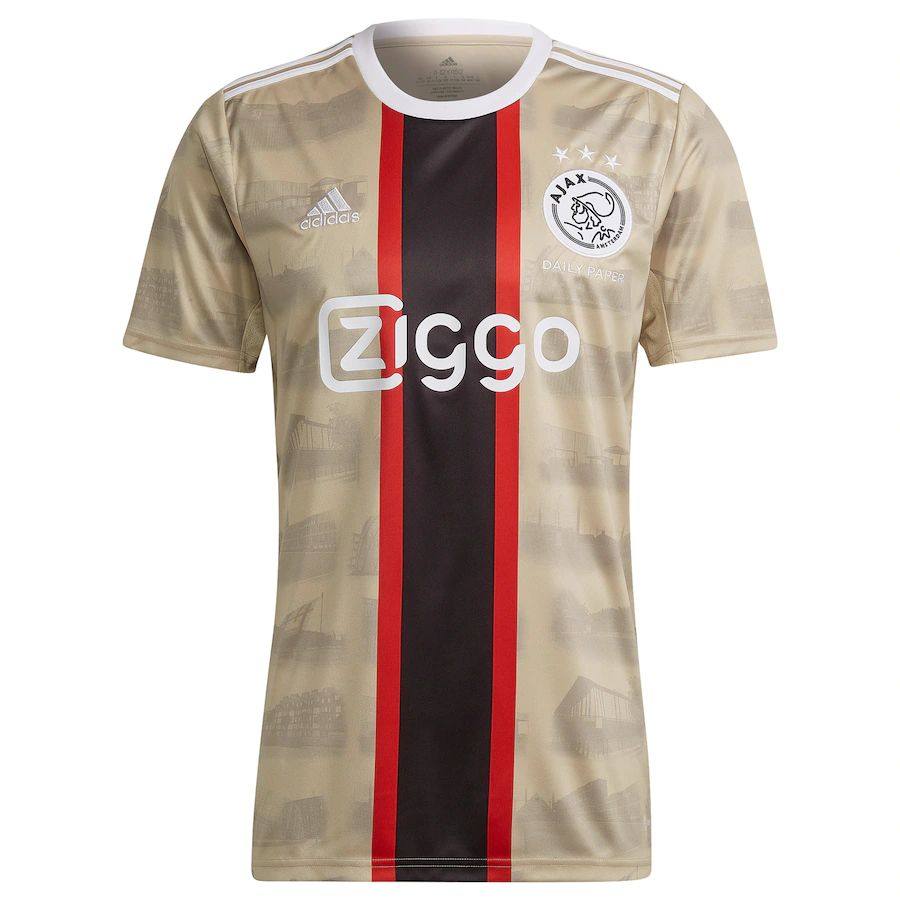 The predominantly light gold jersey features smoky watermarks from nine of Amsterdam’s most famous street football stadiums.The red and black vertical stripes and the white club crest and sponsor logo reflect the colors of the city’s flag. Additionally, the design features the red banner of the iconic Ajax home jersey.

With this jersey, adidas, Daily Paper and Ajax pay tribute to the city’s unique street football culture and the club’s golden generation.These famous football stadiums have been and continue to be the cradle of talent that grew up in Amsterdam, including many Ajax greats who were and are playing in their youth.Today, this is the place where future superstars draw inspiration from their predecessors, where technology and creativity are admired, and where talents are cultivated. Many believe that this is where the roots of Ajax’s famous style of attacking football lie.