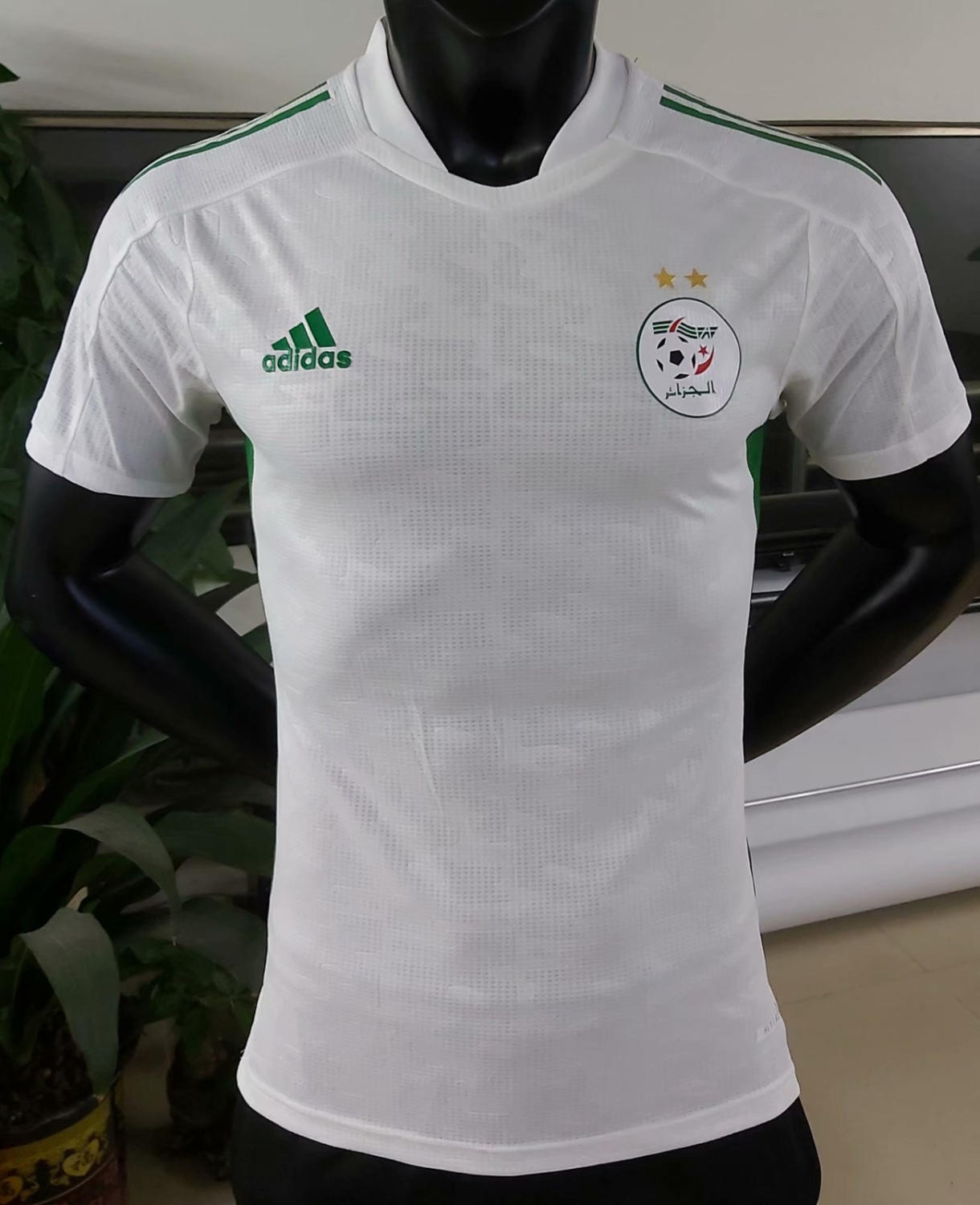 Adidas and the Algerian Football Federation (FAF) jointly announced the Algerian national team’s new home and away jerseys for the 2019 Africa Cup of Nations.Smaïl Bouabdellah, a famous Algerian sports presenter, participated as an ambassador to promote the new jersey.

The new home jersey continues the iconic white tradition of Algerian football, supplemented by green and red decorations, and the chest presents a light gray pattern in the style of Adidas TIRO19 series jerseys.

In terms of details, the chest of the jersey is embellished with an exquisite die-cast national team badge, and the number “90” is hidden in the green five-pointed star above the badge.It means that the Algeria team won the Africa Cup of Nations in 1990.On the back of the jersey’s collar, there is a cute and playful cartoon fox pattern, which represents the nickname of the Algerian team – “Desert Fox”.