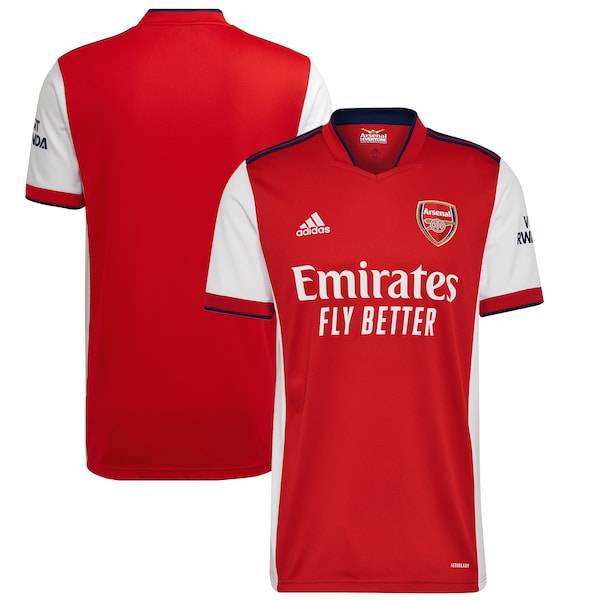 Adidas and Arsenal FC today unveiled the team’s new home kit for the 2021-22 season as fans look forward to returning to Emirates Stadium for the start of the new Premier League season.

The full Arsenal squad will wear the new home kit in a commemorative friendly against Rangers on Saturday 17 July as part of the Scottish Championship club’s 150th anniversary celebrations.

Like the away jersey, all of Arsenal’s 2021-22 season jerseys feature the “Arsenal for Everyone” logo on the back collar, a nod to the diversity of the Arsenal family.Arsenal for Everyone is Arsenal’s diversity and inclusion campaign launched in 2008 to make every member of the team community feel the same sense of belonging.

The classic red and white jersey is decorated with navy blue on the collar, cuffs and shoulders of the three stripes. The jersey will be matched with white or red shorts and red and white striped socks. Women’s jerseys, including player and fan versions, and youth jerseys are also available.