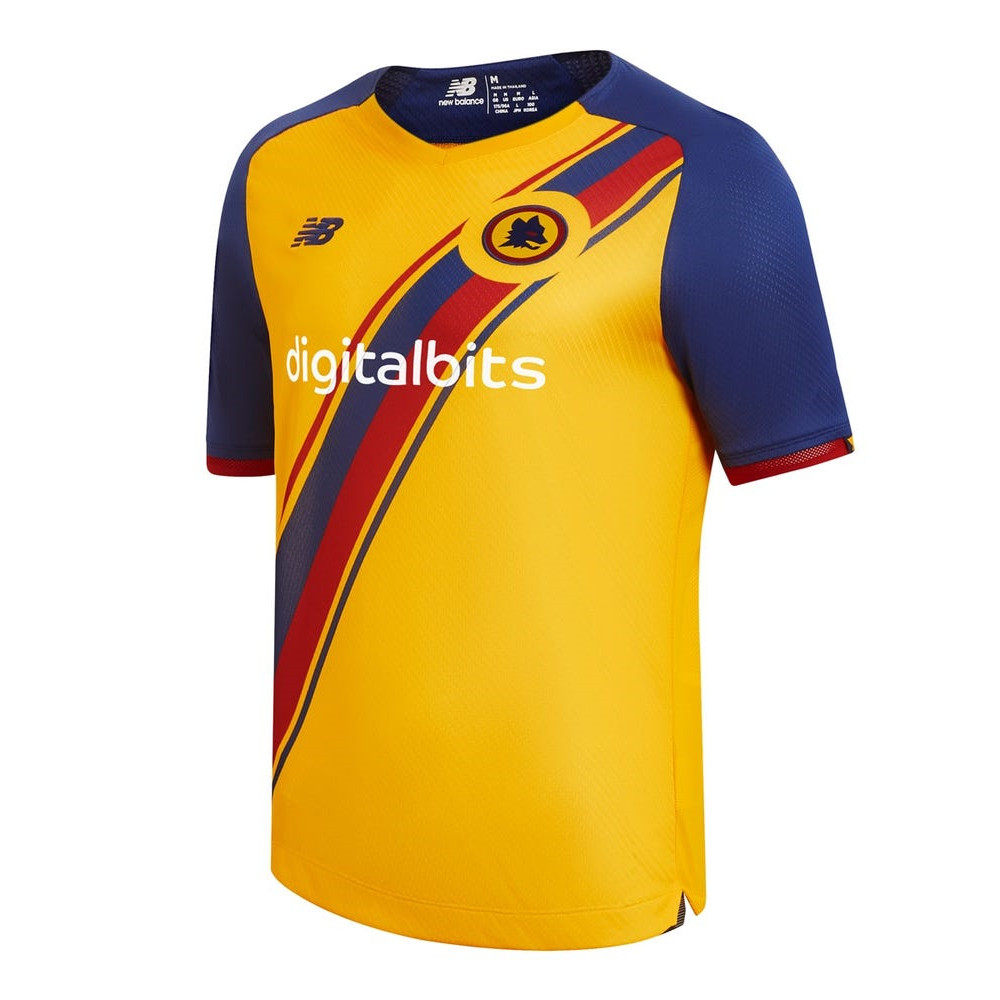 The world’s leading sports brand New Balance and the Italian Club of Rome jointly launched the team’s new second away jersey for the 2021-22 season.The new jersey revisits the club’s longstanding association with the Lupetto, the iconic wolf’s head emblem that first appeared on a Roma jersey in 1978 and has long since become an integral part of the club’s identity.

The body of the jersey is designed in bright golden yellow, which is synonymous with the “Giallorossi”.A striking navy blue and red ribbon crosses the bodice diagonally from the shoulder, outlining the circular insignia that disappears into the opposite hem.

The launch is also part of New Balance’s ‘Only Roma’ campaign for Roma’s new season, acknowledging that Rome has long been a way of life that affects everyone here.