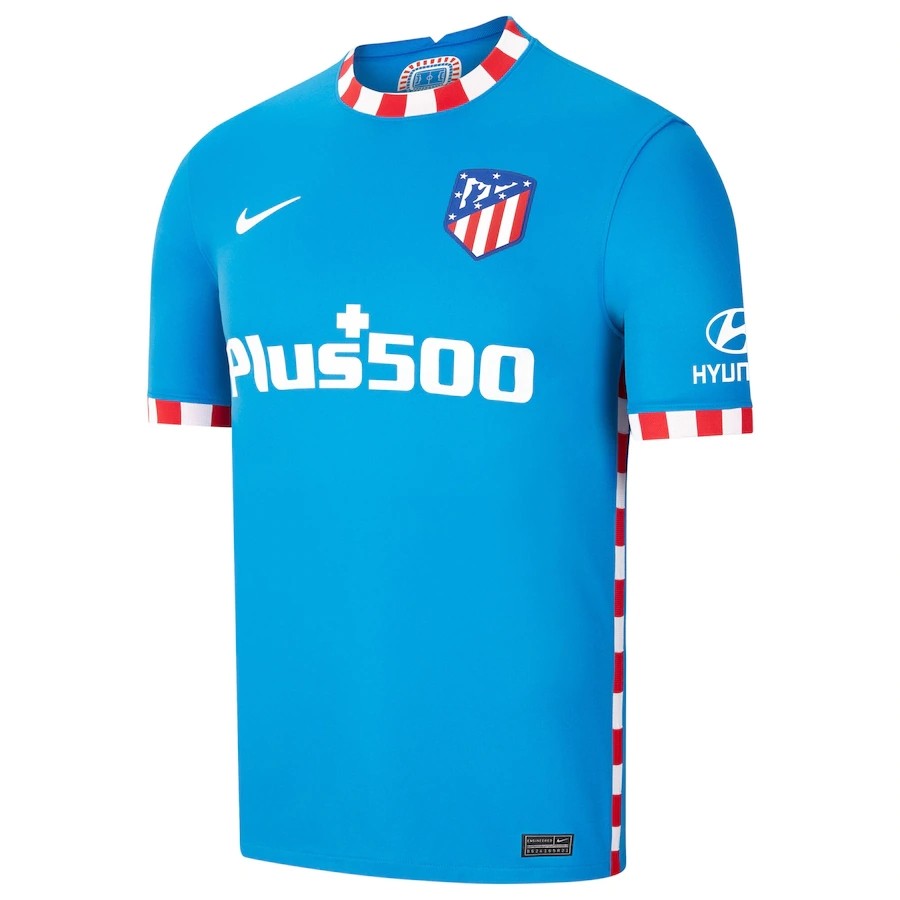 Nike and Atletico Madrid have unveiled the team’s new second away shirt for the 2021-22 season.

For the new season, all four of the club’s new kits are themed to commemorate the 75th anniversary of the club’s name change to Atlético de Madrid, paying tribute to 75 years of unforgettable memories.

The Estadio Vicente Calderón has been the legendary home of Atlético Madrid for over fifty years, and many episodes of history have taken place here.

The Calderon Stadium has seen 19 titles and many memorable matches for the “Red and Whites”.

The new jersey features a round neck design that pays homage to the club’s former home through the colors of the Calderon Stadium seats (blue, red and white), a feature that has made it a unique stadium in the minds of many soccer fans.The all-blue jersey is decorated with red and white stripes on the collar, cuffs and sides of the shirt, and a Calderon Stadium-themed icon is hidden inside the collar.