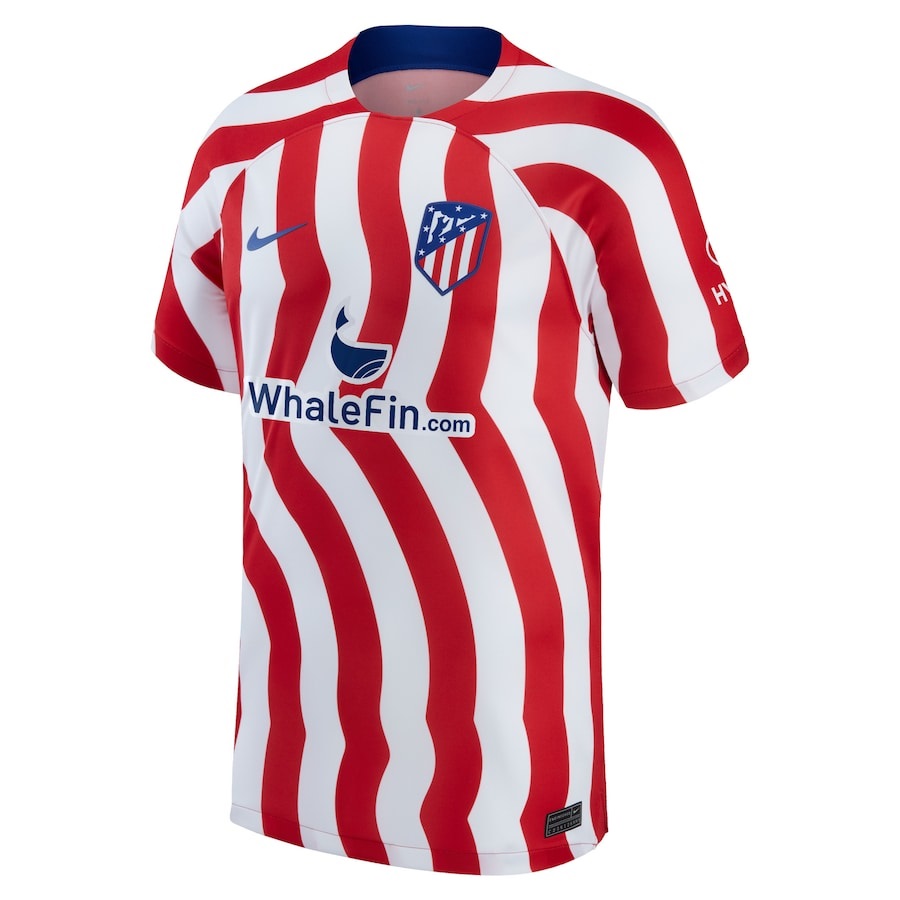 Nike and Atletico Madrid of Spain jointly announced the team’s new home and away jerseys for the 2022-23 season.The design of the home red and white jersey is inspired by the meandering river that flows through the legendary Estadio Vicente Calderón; the away jersey is presented in a deep black tone, complemented by dark and light blue details.