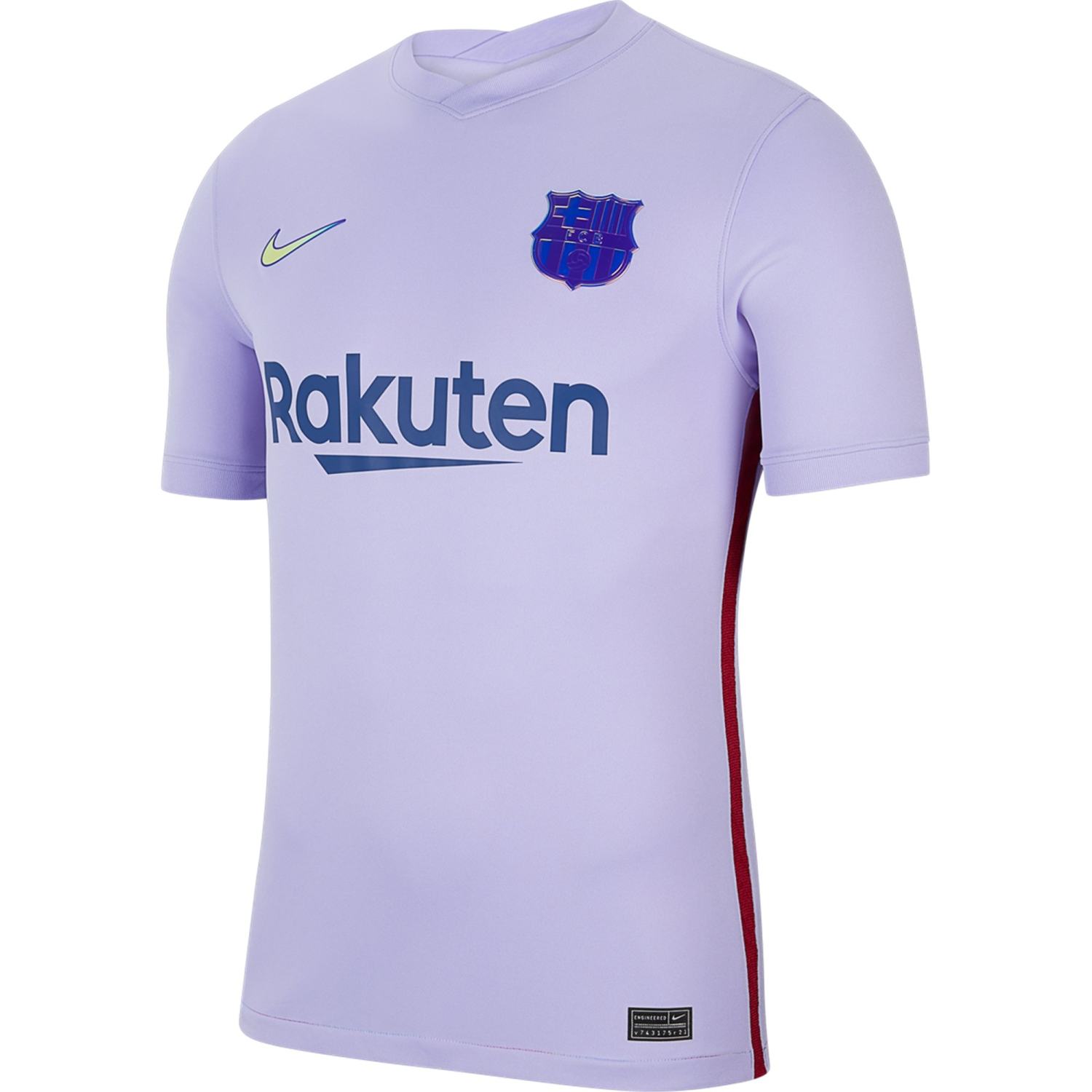 Nike and the Spanish club Barcelona jointly announced the team’s new away jersey for the 2021-22 season.

Nike’s jersey design is based on the understanding of the huge impact of global football on local culture.Perhaps no other sport has the scale of The Beautiful Game,Whether measured by the number of people involved or the footprint it leaves around.Starting from these two aspects, Nike serves a new generation of fans from all over the world by combining thoughtful and original club design with low-carbon fabrics.The design of the new season’s away jersey highlights the different highlights of each club’s identity through local culture, landmark buildings, and rich color schemes.

The purple color scheme of Barcelona’s new season away jersey provides a modern and avant-garde image style for the club’s away games.The red and blue strips on both sides of the body match the tradition of the “Blaugrana”,The slogans “tots units fem força” and “totes unides fem força” are embossed in the strip,”Stronger in Unity” is chanted in female and male voices, symbolizing the city’s unity around the club.Symbolically, purple is used to emphasize gender equality, and the launch of the new jersey is also part of Barcelona’s “More Than” campaign.Represents the club’s commitment to the development of women’s football and the development of women’s leadership in the sport.