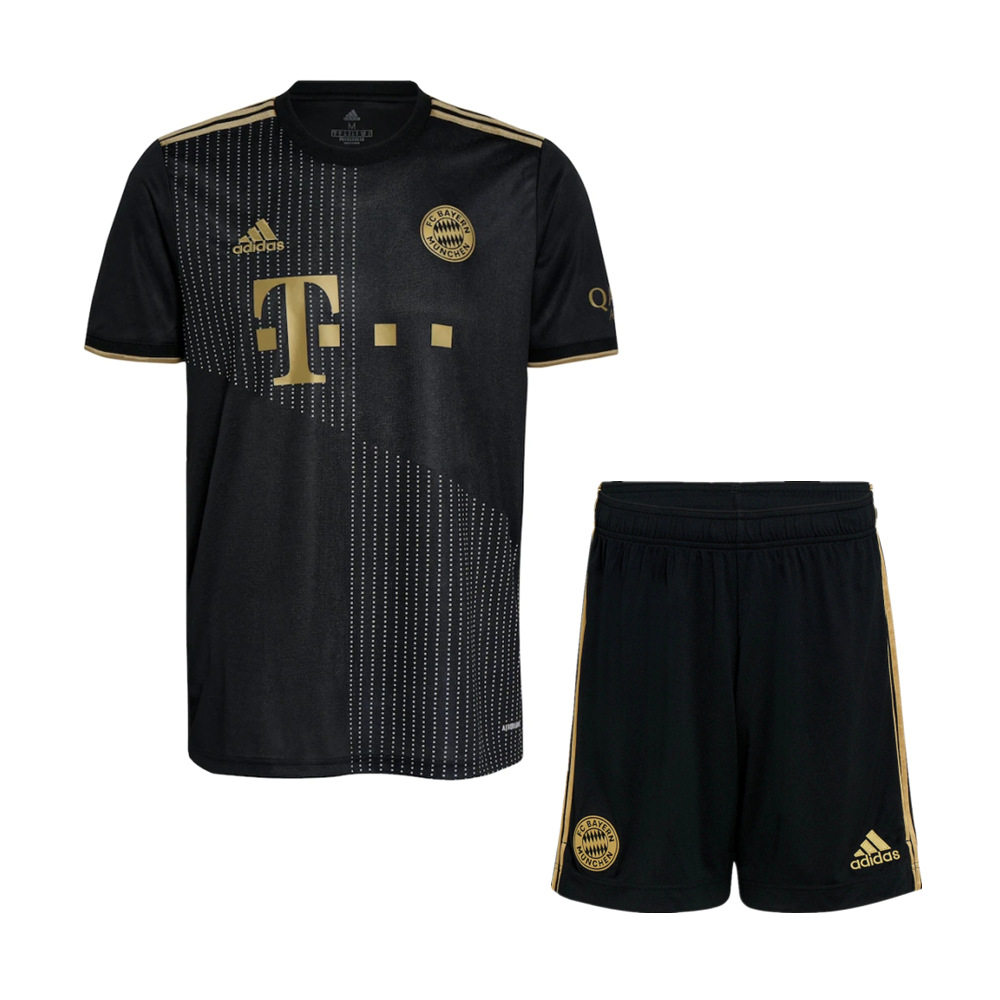 Inspired by the hometown of one of the greatest clubs in Germany and Europe, Adidas and Bayern Munich today officially launched the team’s new away jersey for the 2021-22 season.

Bayern’s new season away jersey is mainly black, embellished with bright gold details.The club crest, letters and numbers on the back are rendered in gold, as are the three stripes and sponsor logos on the shoulders, which contrast with the overall dark color and add a touch of elegance.

The front of the jersey is also decorated with delicate white dots, which are combined to form two diamond-shaped areas.The neckline is designed with a round neckline, and the Munich city emblem “Münchner Kindl” pattern is decorated under the back collar.It shows the team’s indissoluble bond with the Bavarian capital, and it is also intended to remind players and fans not to forget the team’s roots.