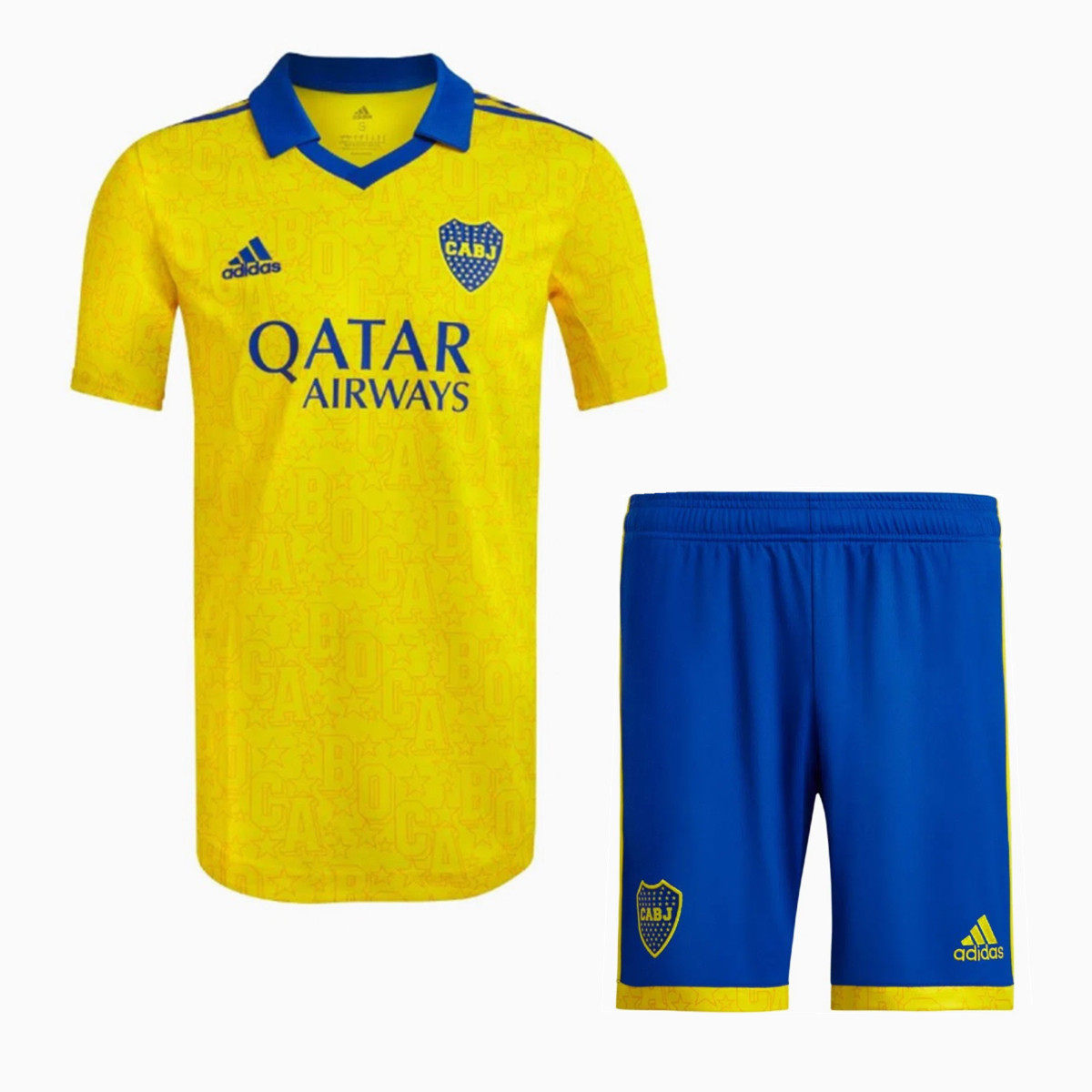 To celebrate the 80th anniversary of the legendary La Bombonera,Adidas and the Argentine Boca Youth Club jointly announced the team’s new second away jersey for the 2020-21 season.The chest of the jersey is embossed with a special stadium graphic.For 80 years, it has been the most awe-inspiring atmosphere in world football, and adidas has introduced elements of the Candy Box Stadium into the design of the new jersey to reflect the theme of remembrance.

The bold yellow jersey features blue detailing, the color scheme Boca Juniors are known for world-wide, with stadium-themed prints on the sides，Custom embossing on the chest commemorates the 80th anniversary, while the “LA MITAD +1” slogan on the back of the collar proudly underscores the fact that the club’s fans in Argentina account for more than half of the country’s population.