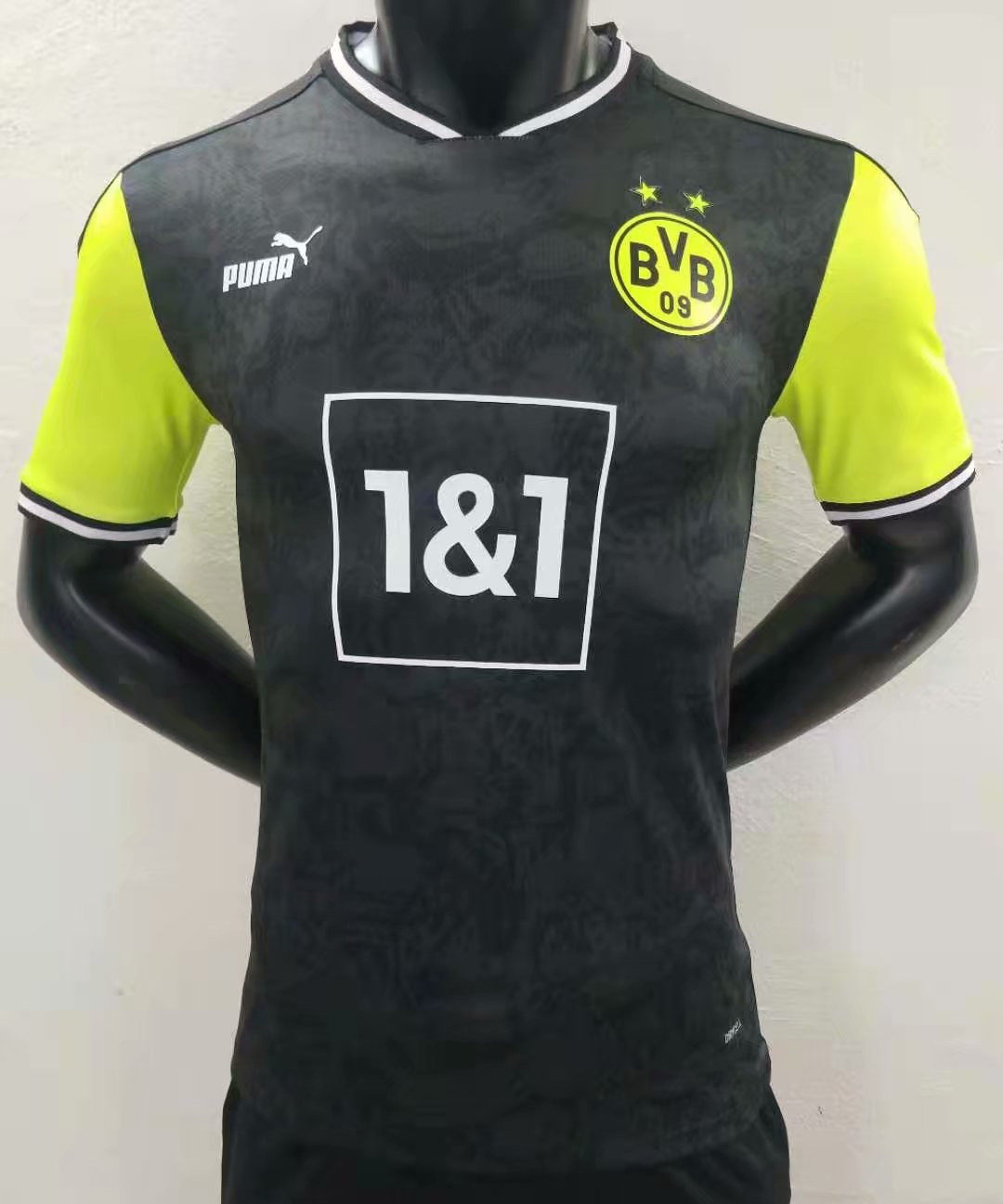 The world-renowned sports brand PUMA and the Bundesliga Borussia Dortmund club jointly launched a new special edition jersey.Every era has its own story. Recalling each era, everyone will associate heroes and stories in their hearts, as well as those special moments that matter, and sometimes even associate with a certain color.For Dortmund in the 1990s, the color was naturally a glorious neon yellow.

Borussia Dortmund won the Bundesliga twice in the 1990s and the UEFA Champions League in 1997.Upcoming rivals Werder Bremen were Dortmund’s strongest rivals in the Bundesliga title race in 1995, the season in which the “yellow and black” won their first double in decades.