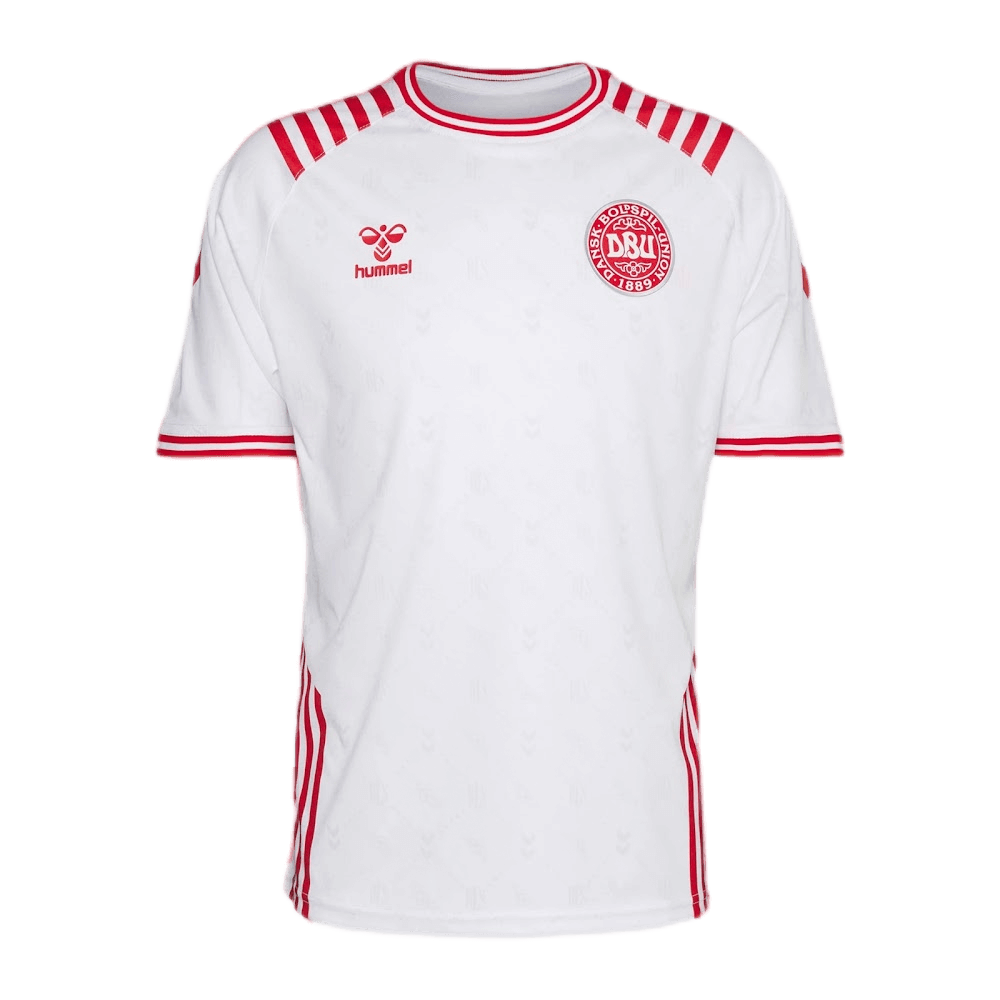 The two fashion brands Hummel and BLS Hafnia, also from Denmark, have joined hands with the Danish Football Association (DBU) to jointly launch a joint jersey specially designed for the Danish national team.The players will wear this jersey in the friendly match against Serbia on March 29.The new jersey is designed to pay tribute to a new generation of diverse Danish young people who have opened up their territories in football and other fields. It is the flagship product of the Hummel × BSL Hafnia × DBU joint lifestyle series.

This new national team jersey is white and adorned with a flat backing consisting of the three logos (and some elements) of Hummel, BLS Hafnia and the Danish Football Association.Its overall design is inspired by the iconic jersey style of the Danish team in 1986 and 1992.

The jerseys worn by the Danish team against Serbia will be auctioned off after the game and the proceeds will be donated to the DBU Get2 football school,The project aims to support local football clubs in disadvantaged residential areas, so that more children have the opportunity to become part of the football community.