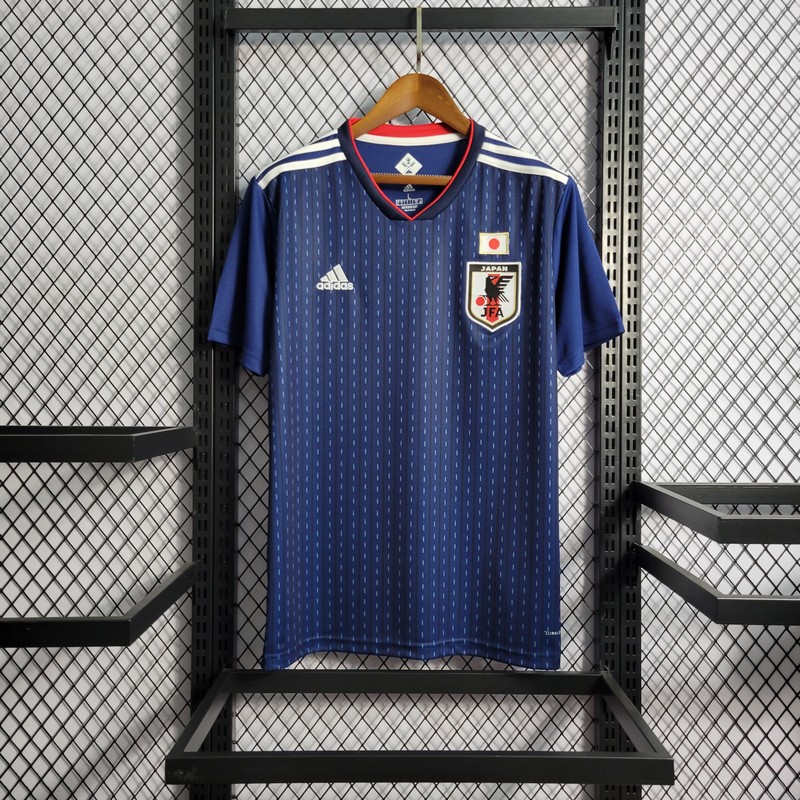 Adidas and the Japan Football Association (JFA) jointly unveiled the new home jersey of the Japanese national team today.The “Blue Warrior” will wear this brand new jersey to embark on the upcoming World Cup journey.2018 is a milestone. Twenty years ago, the Japanese team entered the World Cup in France for the first time in history. The new jersey incorporates advanced craftsmanship and innovative design in the 21st century, while showing Japan’s unique culture and desire for victory.

The theme of the new jersey is “勝色 (Victory Color)”, which means dyeing the soul to win.The color of the jersey returns to the most original “Japanese blue”-a traditional Japanese indigo dyeing. This low and deep blue means victory in Japanese culture.

Inspired by traditional Japanese handmade garment craftsmanship, the front of the jersey imitates the effect of traditional hand embroidery stitching techniques with white threads passing through indigo fabric.The brand new national team badge, which has just been introduced, is worn on the chest, with a traditional small Japanese flag placed above it.

Inspired by traditional kimono collars, the retro ribbed V-neck of the new jersey is embellished with red decorations. The red color comes from the national flag, which symbolizes Japan and also represents victory.