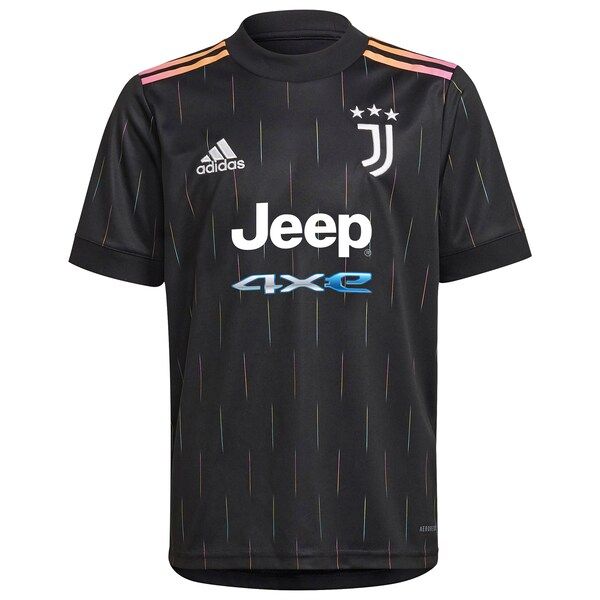 Adidas released the Juventus club’s new away jersey for the 2021-22 season today, as a spiritual representative of the club and the city’s continuous development,The design of the new jersey reflects the electronic music scene in Turin and its influence on the city’s younger generation.

The shoulders of the jersey are embellished with three stripes in orange and pink, creating a faint shimmering effect, which is the first time Adidas has used this technology on a football jersey.