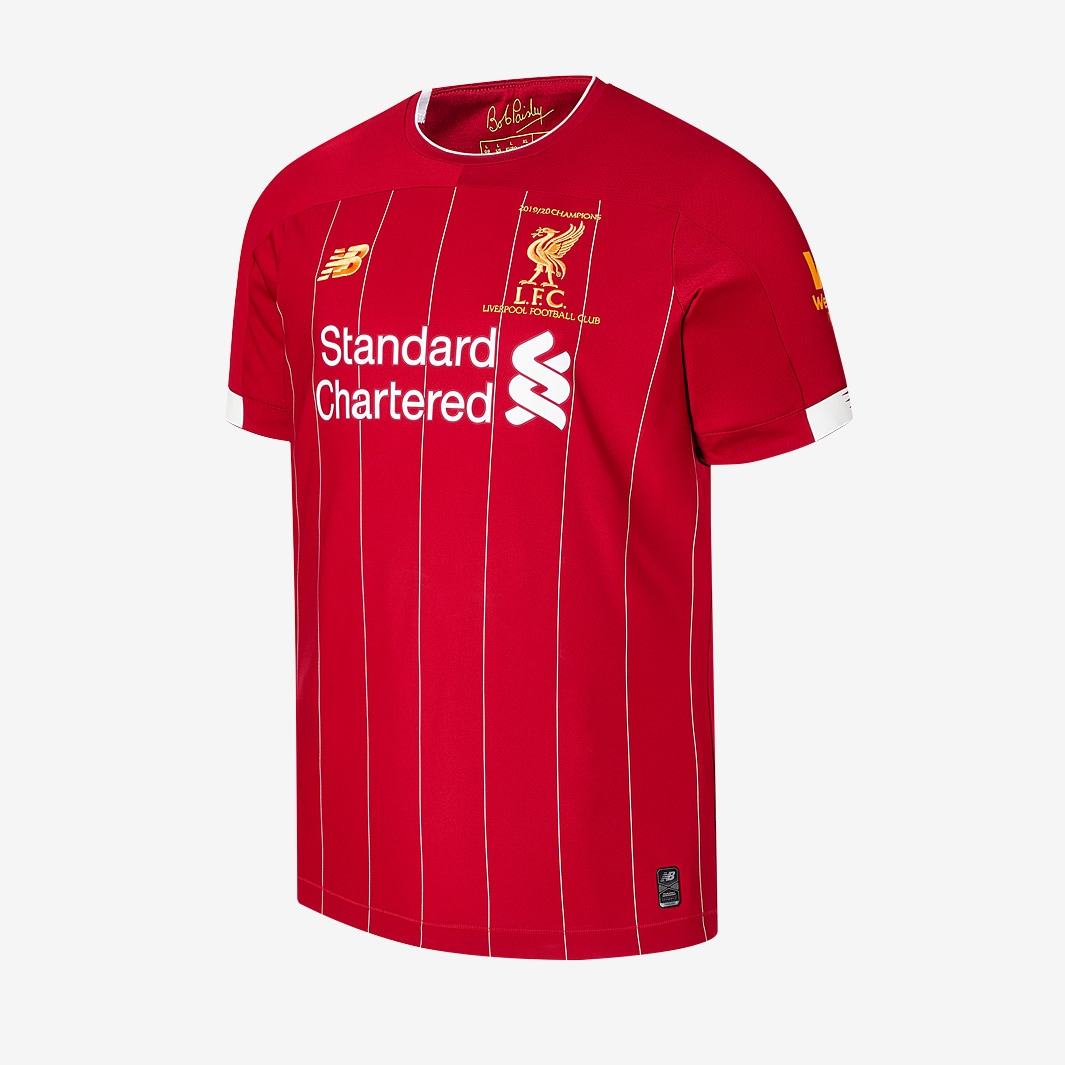 As the 2018-19 season draws to a close, New Balance has teamed up with English Premier League club Liverpool to launch the team’s new home shirt for the 2019-20 season.

The classic white pinstripes of the early 1980s are back, and the new jersey will pay tribute to the most successful manager in the club’s history – Bob Paisley – with 2019 also marking the 100th anniversary of the Reds’ legendary manager’s birth.

The new season’s home jersey will continue the dark red color that has been so popular in recent seasons, with the classic white pinstripes on the front of the jersey, a design inspired by the club’s 1982-83 season jersey.That year was also Paisley’s last season in charge of the “Reds”, who won their 14th league title in franchise history that year.

In addition to some of the usual details of the design, each new jersey displays Bob Paisley’s signature inside the collar, and the jersey’s hangtag records his great achievements.