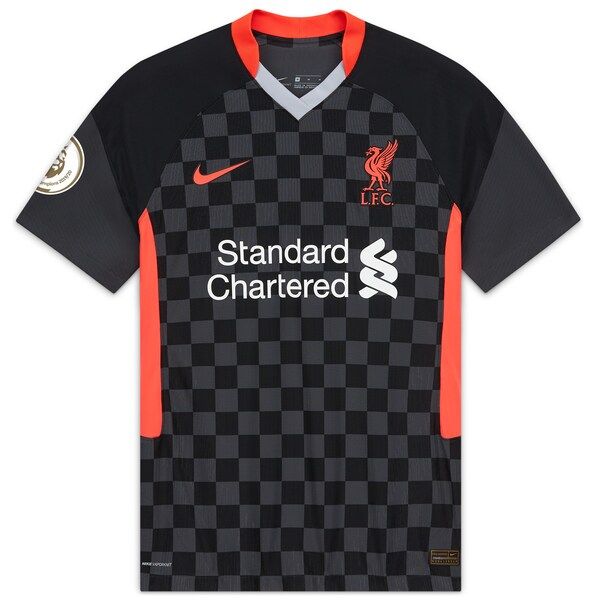 Nike and the Premier League Liverpool Club jointly announced the team’s new away jersey for the 2020-21 season.The home jersey of the new season is based on traditional red, and the away jersey introduces a fantastic style.Nike’s second away jersey for Liverpool is influenced by the aesthetics of the most famous stand in the football world, the Kop, and blends it with trendy shoe culture.

The design of the “Red Army” new jersey is inspired by those unforgettable European nights that made Anfield an unparalleled stadium.The traditional checkerboard pattern of alternating black and grey appears on the front and back of the jersey, while scarlet is brought to life through the side panels.It also appears on the collar, combined with wolf grey, for an eye-catching V-neck design.As is customary, the “96” flame logo on the back of the jersey below the collar commemorates the 96 fans who lost their lives in the Hillsborough tragedy.