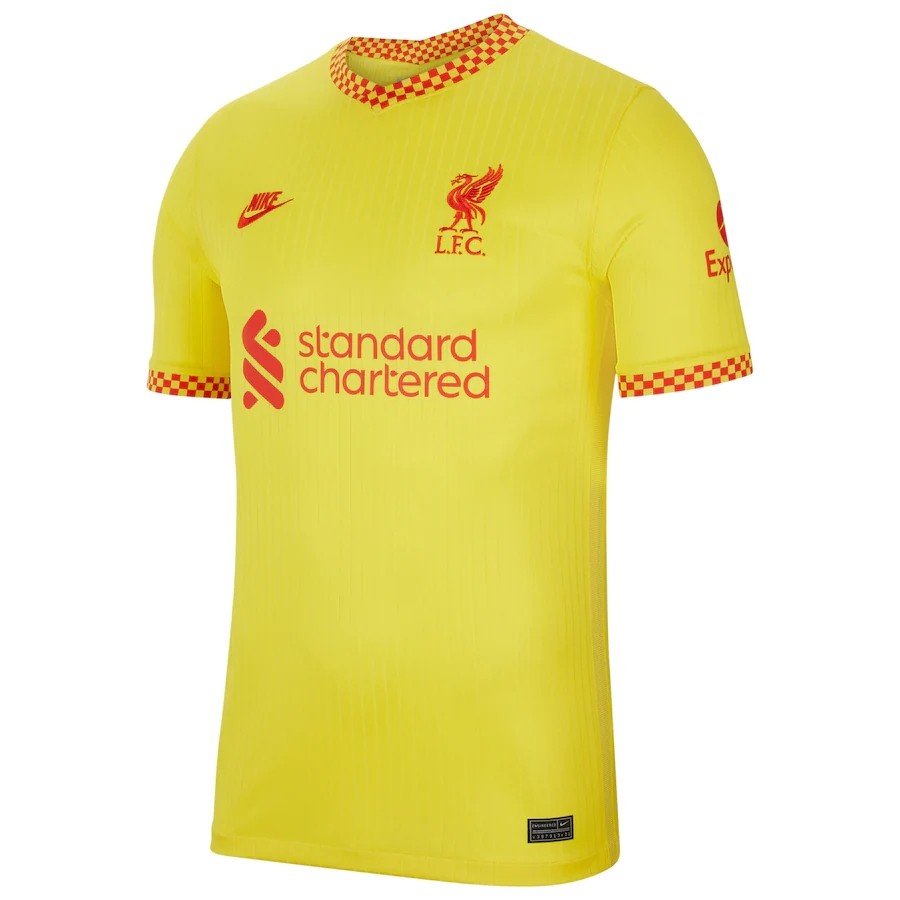 Nike and Liverpool FC have unveiled the team’s new second away shirt for the 2021-22 season, the last shirt of the season for the ‘Reds’, inspired by the iconic European nights and the long history of the yellow away shirt.

The jersey continues the club’s historic association with yellow.While yellow had only been used on a few occasions since the mid-1950s, by the late 1970s it had become very popular and soon became the club’s regular away color.

The red and yellow check pattern on the collar was inspired by the passion and energy of the Kop and the chequered flag that made its stadium debut in the 1977 UEFA Champions Cup final, setting a precedent for future European nights.The subtle pinstripes throughout the jersey highlight the strong ties between the club and the community.