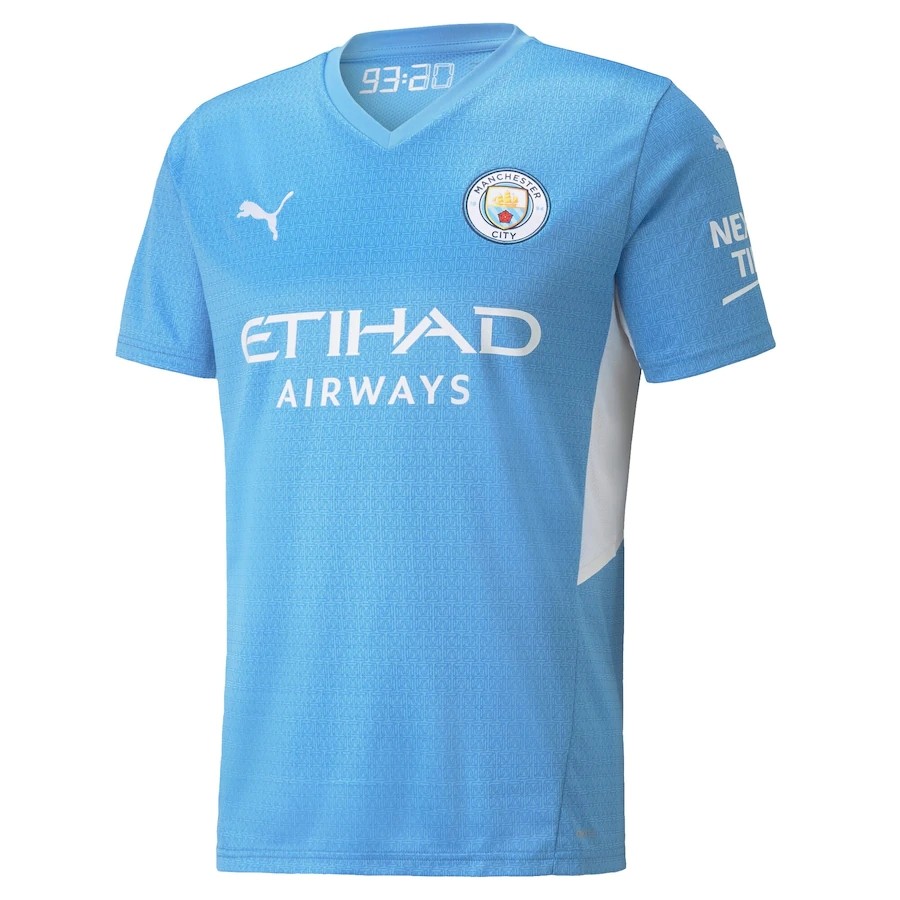 The world-renowned sports brand PUMA and the Manchester City Club of England jointly announced the team’s new home and away jerseys for the 2019-20 season.This is the first time that PUMA and Manchester City have launched a jersey since the announcement of the partnership, which incorporates the unique cultural elements of Manchester City and fully demonstrates the respect for the city.

The new home jersey is inspired by the historic Manchester city culture and celebrates the fearlessness, struggle and temperament displayed by Manchester cotton mills during the Industrial Revolution.The woven jacquard wave pattern of the top fabric is a classic of the looms of the time and is an integral part of Manchester’s Industrial Revolution.The traditional Manchester City blue is complemented by just the right purple. This color scheme pays tribute to the team’s historical away jersey. It is also the first time that Manchester City’s home jersey design has purple.