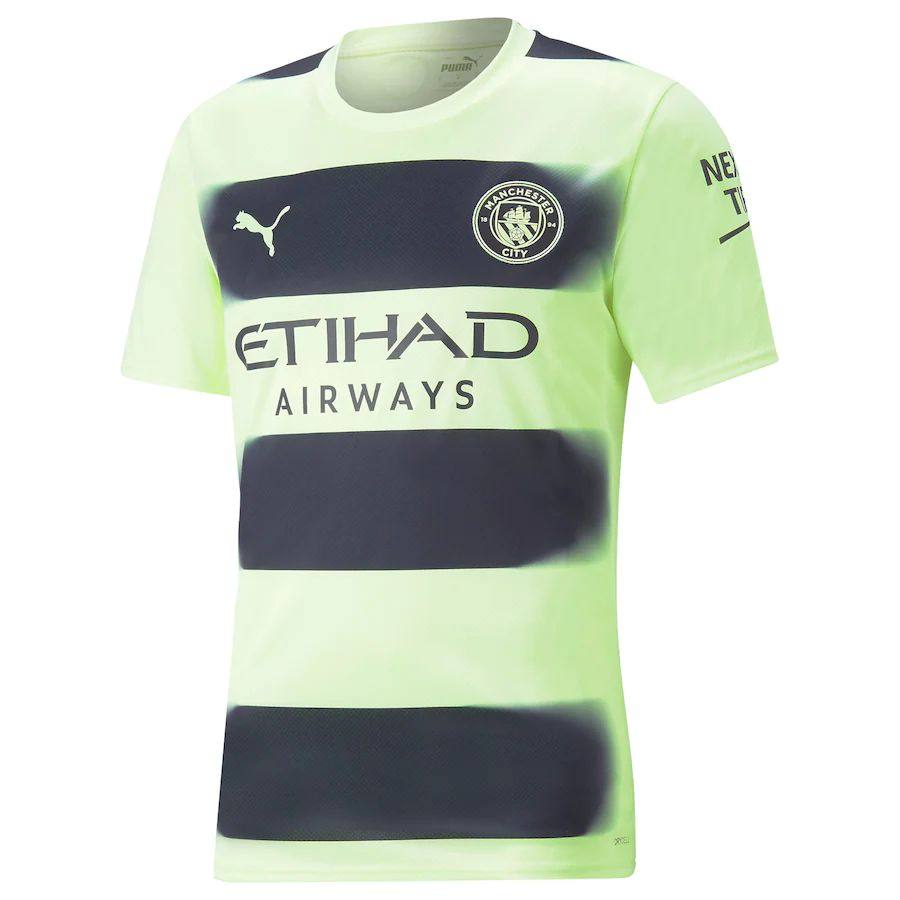 The world’s leading sports brand PUMA officially released the second Manchester City away jersey for the 2022-23 season today, and held the first metaverse release event in the history of the brand and the club in the online gaming interactive community Roblox.Players will have the opportunity to enter the interactive experience program in the “PUMA and the Land of Games” immersive sports experience program launched by the brand earlier, participate in the game to unlock the digital jersey, and experience a new jersey interactive fun experience.

As a bold attempt, this metaverse launch event will be based on the city image of Manchester, combined with the design of Manchester City’s home and second away jerseys for the new season, and reshape the “PUMA and the Land of Games” game hall and sports hall during the release event. Venue layout, and bring PUMA Manchester City-related virtual costumes and updates of interactive games.The official “Man City’s Blue Moon” experience program of the Manchester City Club in the Roblox community will also bring relevant interactive content during the same time period. Players can obtain free game equipment by accessing the two interactive programs.

As a representative element of Manchester, the worker bee image can be seen everywhere on the emblem of Manchester Council, city streets, walls and galleries. It is a symbol of Manchester’s personality and people’s unity.Inspired by Manchester street art and the classic worker bee image, Manchester City’s new second away jersey adopts fluorescent green as the main color, with black spray paint smudged stripes on the chest and shoulders, visually surrounding the jersey as a whole, highlighting the city The extraordinary creativity and artistry contained in it.