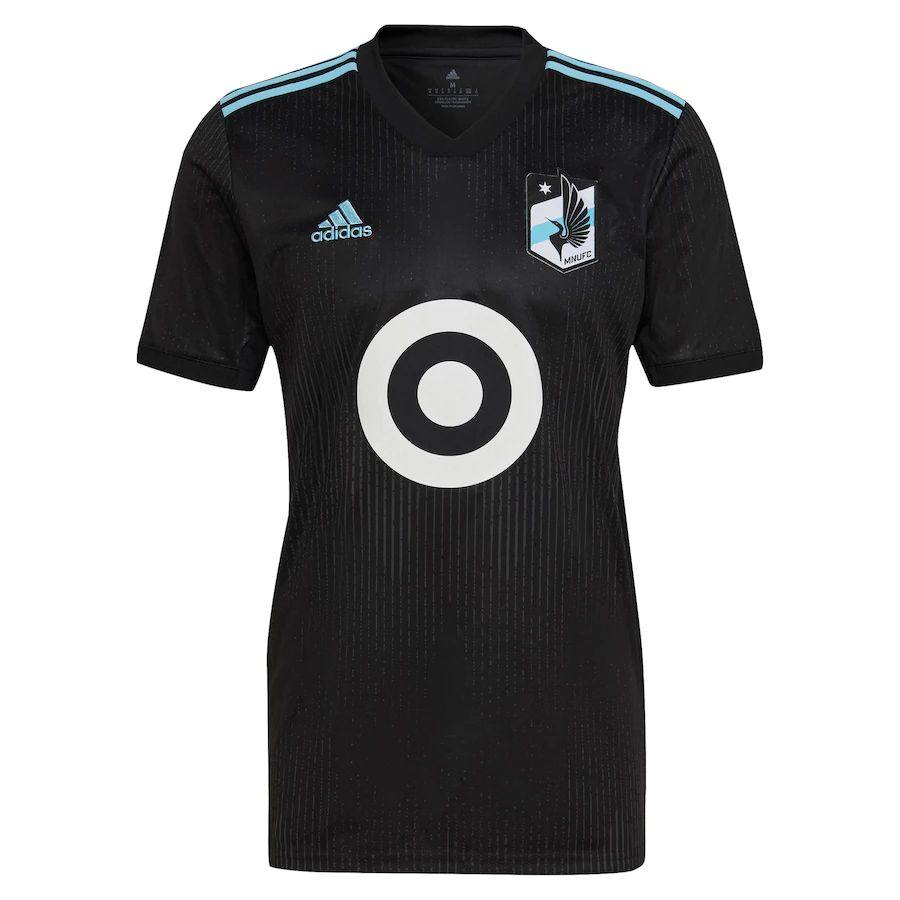 Adidas and Minnesota United FC jointly unveiled the team’s new home jersey for the 2022-23 season, the “Minnesota Night Kit”.Combined with the crisp sky blue of the 2021 River Kit, the Minnesota Nights jersey brings the black and blue combination to the fore in the team’s sixth major league year.Glittering like stars, the new jersey is the team’s first true black jersey and reinforces the club’s connection to Minnesota, a land of natural wonders.

Minnesota’s French motto “L’Étoile du Nord” is engraved on the strap inside the collar of the jersey, reminding people that the state is the northernmost state in the continental United States.Polaris is also the brightest star in the constellation Ursa Minor, pointing the way to travelers around the world.In addition, the Polaris (six-pointed star), which has been part of the club’s badge since the beginning, is highlighted in sky blue on the back of the jersey’s collar.