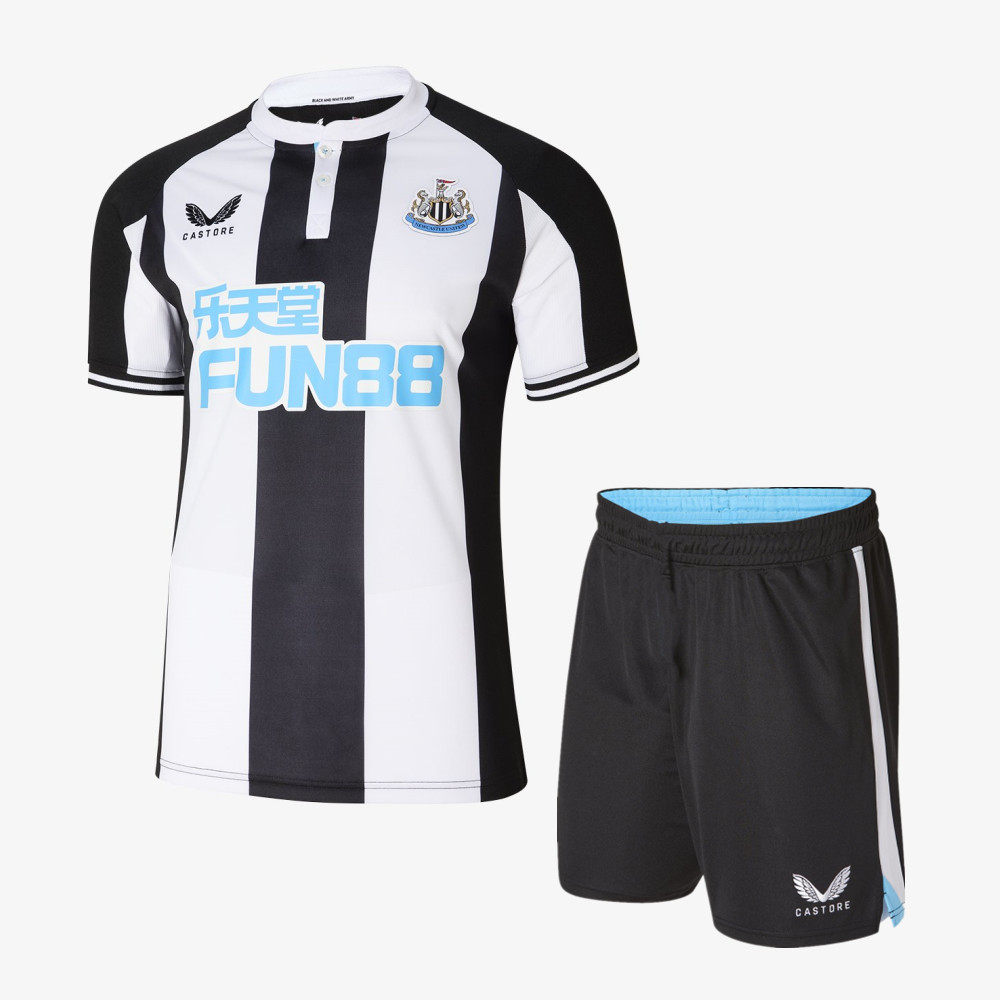 The new jersey features a retro-style black and white jersey with a Chinese collar, designed to reference the famous jerseys worn by the team during the mid-1990s when they were known as the “Entertainers”.

The design of the new jersey features black stripes in the center on the front and back, white stripes on both sides and black patches on both sides of the body. The light blue decoration under the collar button and on the back echoes the color of the ribbon in the club badge.

To pay tribute to the club’s supporters, the words “Black and White Army” are adorned on the inside of the collar, and the Castore brand slogan “Better Never Stops” is engraved on the inside of the back hem of the jersey.The jersey will be paired with traditional black shorts with white side strips and light blue accents, and black socks with white cuffs and light blue accents.