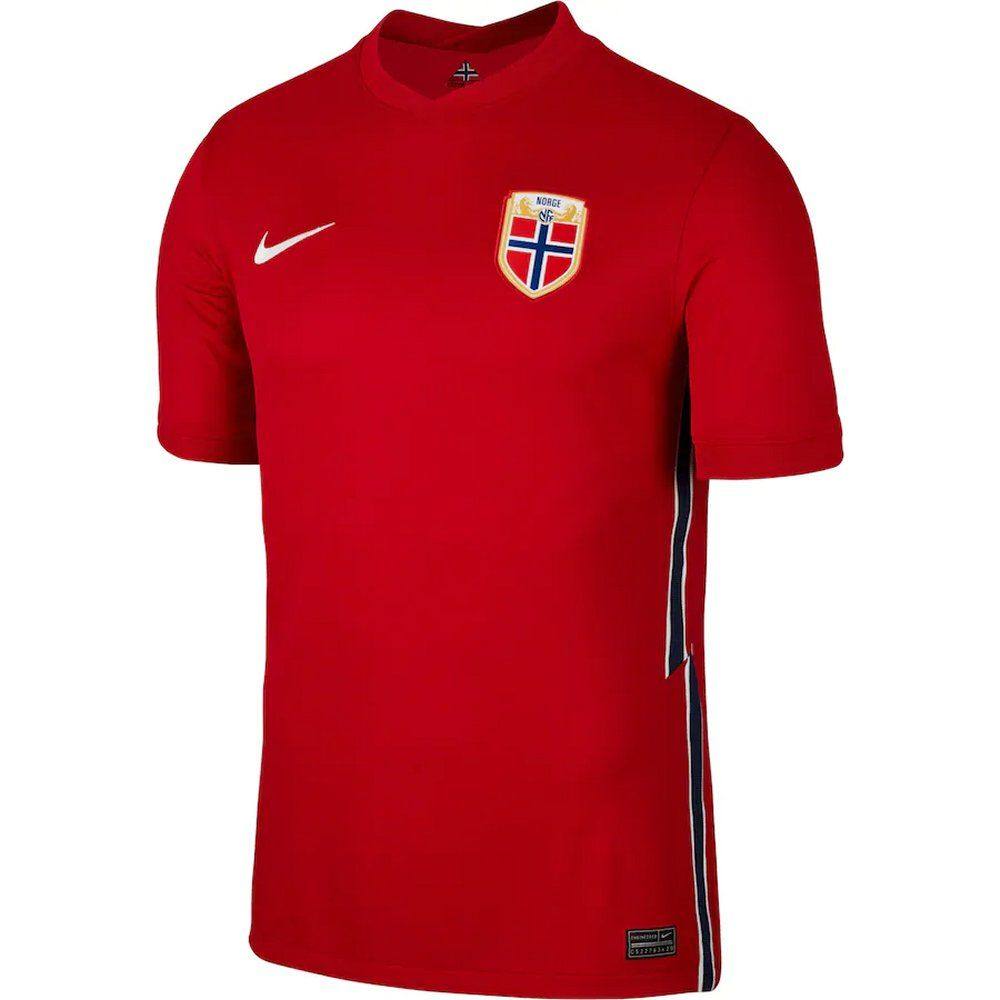 Norway’s impressive natural scenery provided the inspiration for the basic style of the national team’s 2020 collection clothing.Linked with the main theme of “Ice and Fire”, the Norwegian team’s home jersey “burns” silently, while the away jersey shows the rugged landforms and glaciers of the Scandinavian Peninsula.

The Norwegian team’s vibrant red home jersey exudes national pride, with an innovative V-neck, white details and a bold national team badge.The side straps are inspired by the cross on the Norwegian flag and run along the sides of the body to the shorts, where they also appear as rings in the middle of the socks.

The Norwegian team’s new away jersey is mainly white, covered with ice blue patterns, with dark blue decorations on the collar, cuffs and sides, and dark blue shorts and socks complete the overall image.

In addition, the Norwegian flag and the slogan “Sterkeresammen (United We Become Strong)” are featured on the collar of the home and away jerseys to show the pride from the heart.