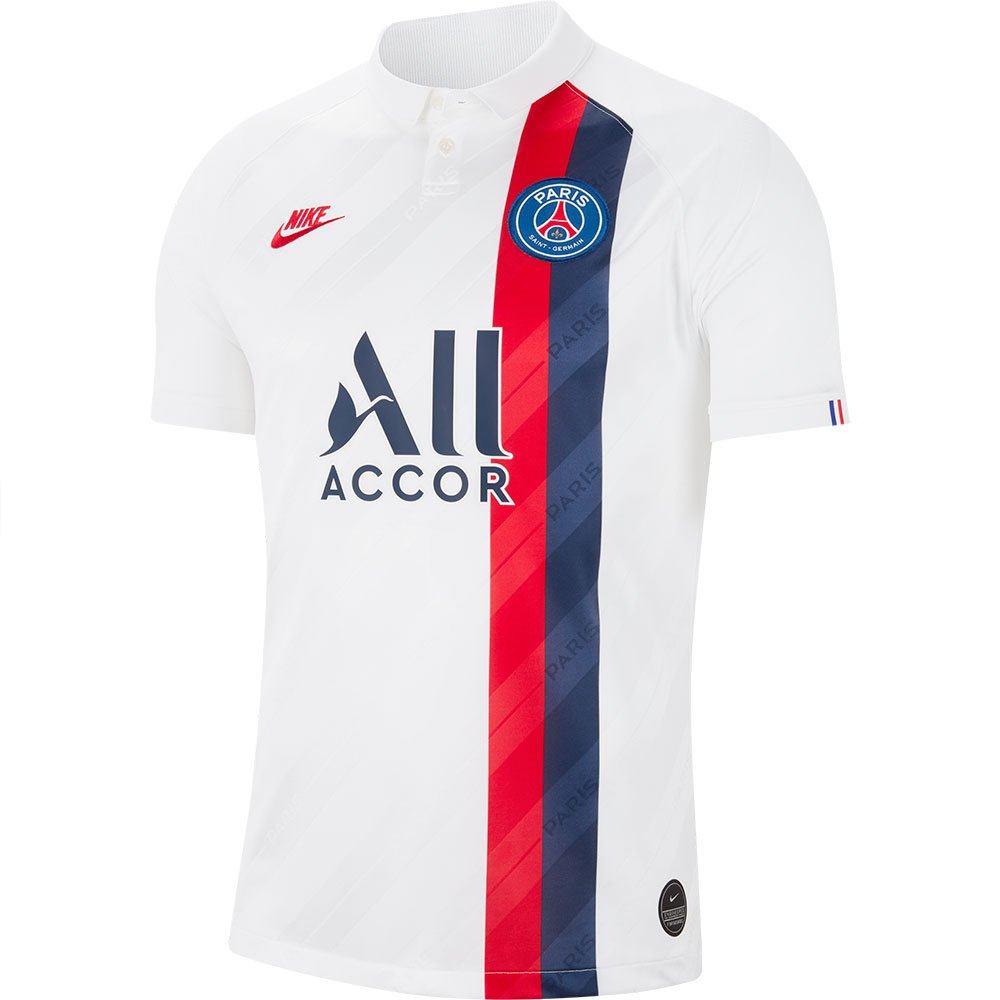 Nike and the French Paris Saint-Germain Club jointly announced the team’s new second away jersey for the 2019-20 season.A contemporary interpretation of Paris Saint-Germain’s 1989-90 season, the new jersey aims to celebrate the club’s 30th anniversary with Nike.

The new shirt is a direct reproduction of the classic design of the Paris Saint-Germain 1989 shirt – a white shirt with buttoned lapels.The front is decorated with a vertical red and blue band.In addition to the overall aesthetic, the new jersey has many retro designs, and it is these designs that bring supporters back to the beginning of one of the longest cooperations in football.

It is worth noting that, like its predecessor, the 1989 version of the jersey, the new jersey is decorated with the Nike Futura logo with strong nostalgia, as well as the diagonal stripe jacquard pattern, and the word “Paris” is subtly integrated into the jacquard pattern.

The collar is secured by two specially designed pearlescent buttons engraved with the words “Paris Saint-Germain – 1989-2019” to commemorate the club’s 30-year partnership with Nike.The club crest on the chest is embedded in red and blue trim and stands out thanks to its thickened design.Plus, small tricolor details on the cuffs emphasize national pride.