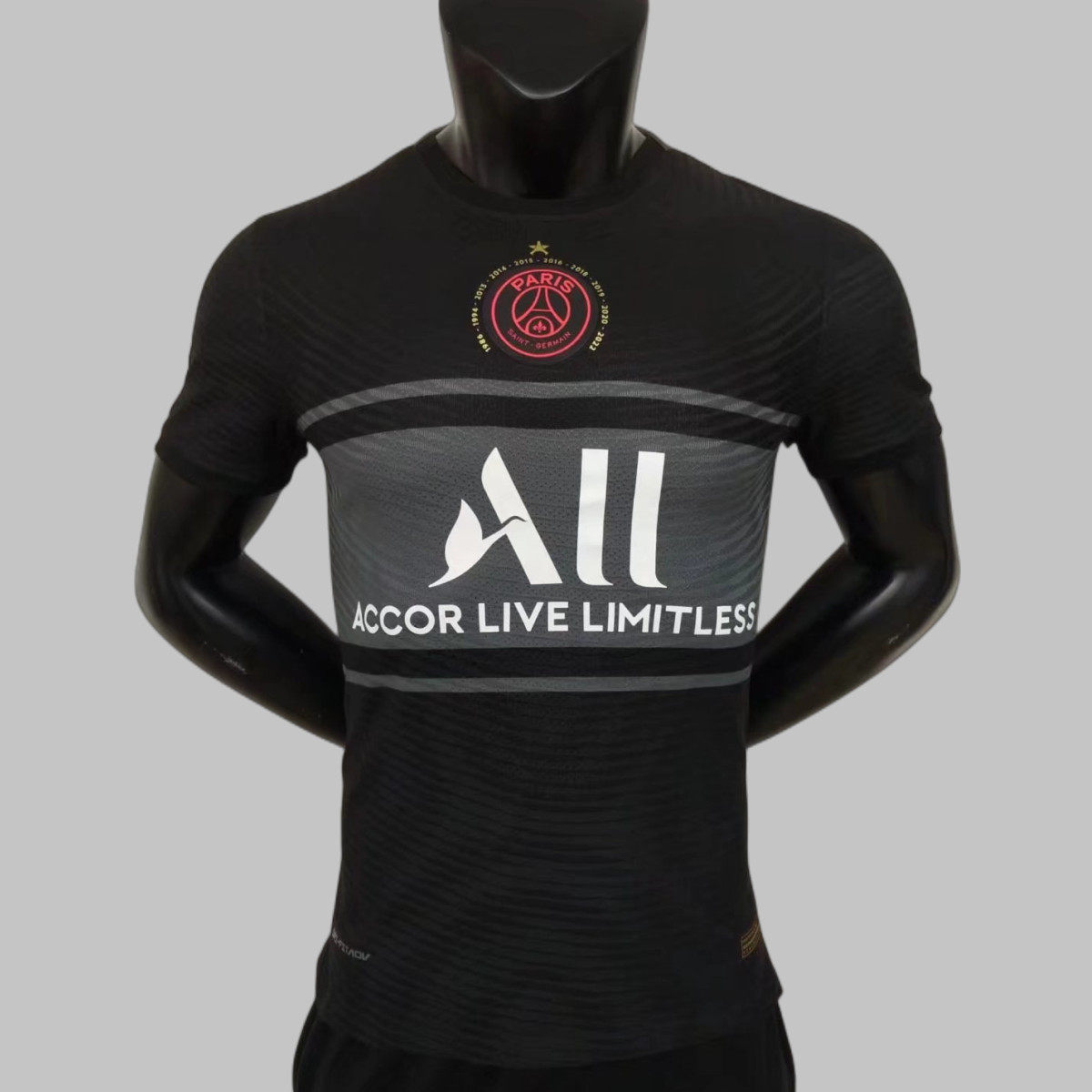 Nike and Paris Saint-Germain FC have unveiled the team’s new second away shirt for the 2021-22 season.

To highlight the outstanding talent of the players in this magnificent squad for the 2021-22 season, Paris Saint-Germain will play in black.The new Second Away collection features black and gray as the main base, which together form a strong and powerful presentation.The collection is inspired by the club’s dazzling kits that have been etched in the memories of supporters since the 1990s.Several pieces in the collection also pay homage to supporters with elements of the Paris region’s zip codes.

With its deep, plain tone, the new season’s second away shirt is the perfect backdrop to highlight the achievements of Paris players, especially on the European stage where the players will take the field amidst the eager anticipation of soccer fans around the world.The new shirt features a Swoosh logo on each sleeve, representing Paris and Paname (a nickname Paris Saint-Germain supporters love to call their team).In the center of the chest of the jersey, the club’s crest is electric red, representing the great energy of the fans and inspiring the players to do their best on the field.