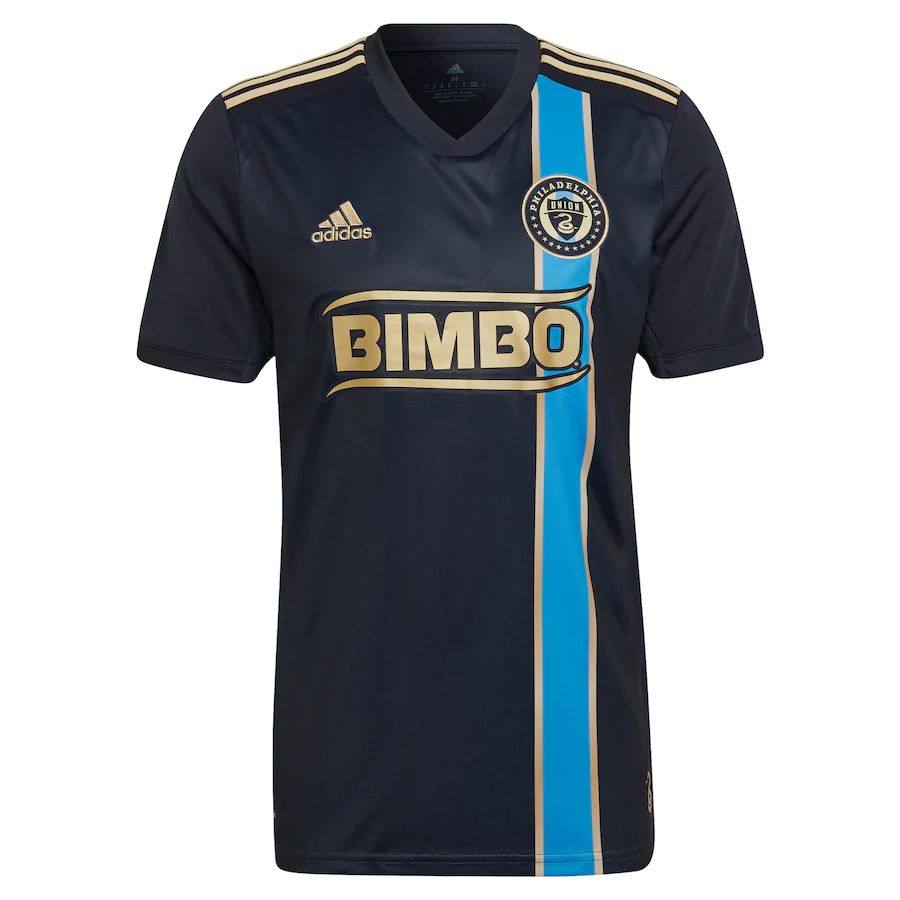 Adidas and Major League Soccer’s Philadelphia Union unveiled the team’s new “For U” home jersey for the 2022-23 season, a fresh look that pays homage to the club’s formative years.

Once again, the jersey was designed with input from the fan group Union Creators’ Collective (UCC), incorporating details that reflect the city and its fans.As always, the new jersey highlights the club’s origins with a blue and gold color scheme and a striking vertical color band that recalls the team’s jersey when it first stepped onto a major league field.

Derived from the jersey design at the beginning of the club’s establishment, the new jersey has a vertical stripe on the front.The stripe, once centered on the jersey, has been moved to the left side, closer to the heart, as a striking blue band with gold trim, a change that references the colors of Philadelphia’s flag and the club’s fan group, the Sons of Ben.The new jersey features a golden lightning bolt icon on the back of the collar, a lifelike recreation of what is arguably the most famous scientific experiment in history (a reference to the kite experiment) and a symbol of the team’s fast-paced style of play.It is also a tribute to the club’s away jersey, which was unveiled in early 2021, which features a lightning bolt pattern all over the body.The club’s most beloved symbol, the rattlesnake has appeared in some form on every home jersey since the early 2010s, and it appears on the hem of the latest kit.