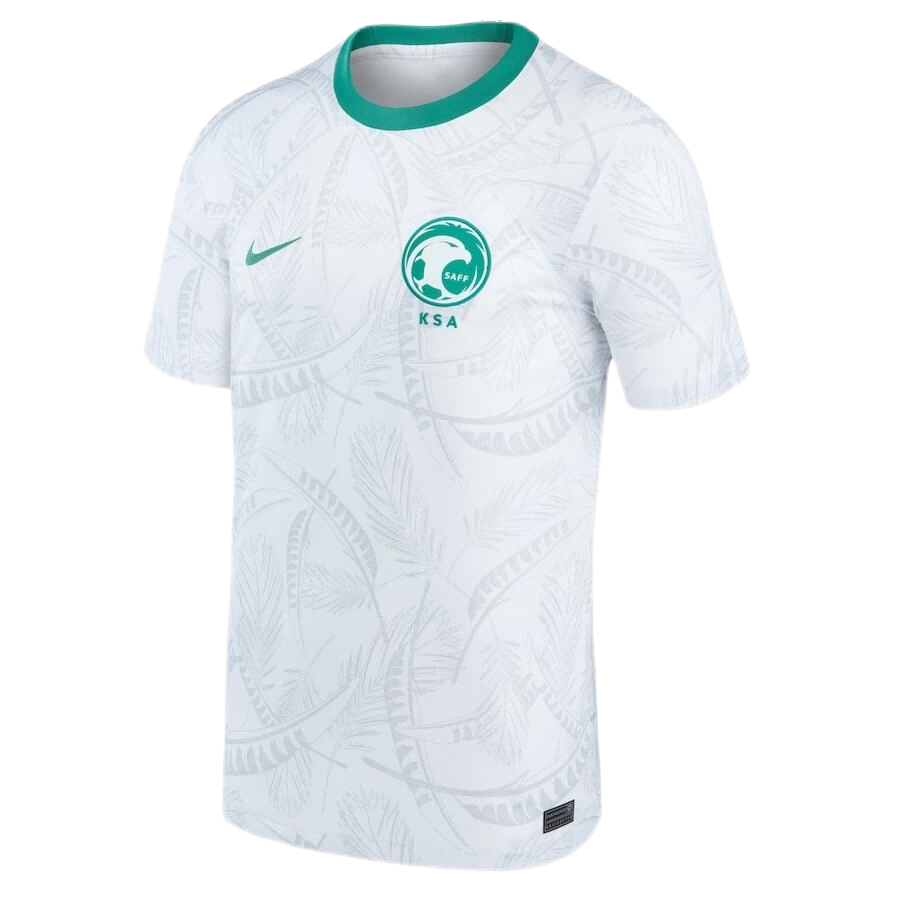 The design of the new jersey is inspired by the cultural characteristics of the Kingdom of Saudi Arabia, including the Arabian falcon and date palm.The home jersey is white with green accents and features a light gray print throughout, while the green away jersey complements the home jersey.

Commenting on the new jersey, Salem Al-Dawsari, the national team’s star player, said: “The national team is now in a new phase of its quest for the 2022 World Cup and the 2023 Asian Cup finals, and I hope the new jersey will bring us good luck.I hope to wear the new jersey to achieve new victories and achievements, just like the Saudi team has done before. “