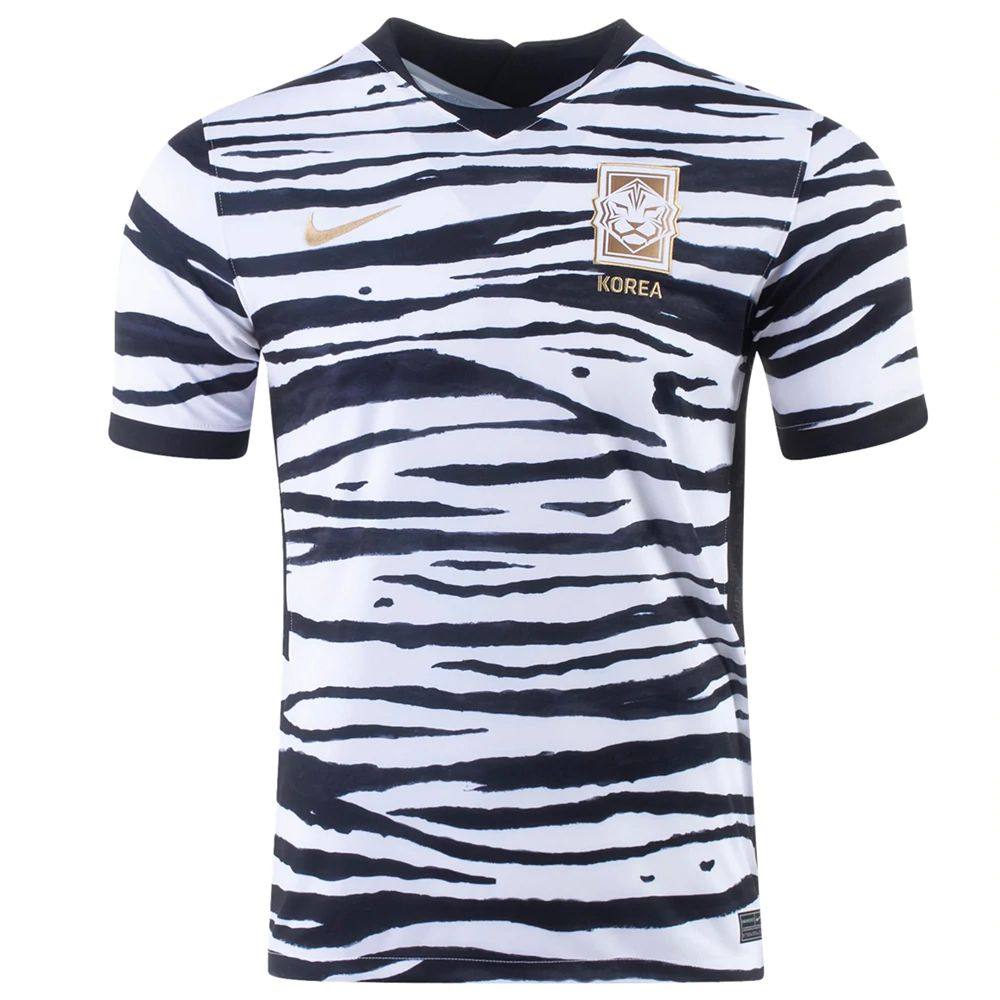 Nike and the Korean Football Association (KFA) jointly launched the new home and away jerseys of the Korean national team for the 2020 season.

The jerseys of the South Korean team have undergone a subversive design, symbolizing their vibrant culture and “Korean Wave”.On the home jersey, the “Korean Wave” concept is presented in a wave pattern with the four trigrams of the national flag: Qian, Kun, Kan and Li.The four trigrams element also appears in the name and number on the back of the jersey.

From top to bottom, the jersey gradually transitions from eye-catching pink to the exclusive red of the Korean Football Association, and extends to the shorts.The national team badge on the jersey is also brand new, with a geometric image of a white tiger in the badge.The collar and cuffs of the new jersey are black, and the black strips on both sides of the body are written with the words “대한민국 (Republic of Korea)” in Korean and “Korea” in English, and the words “Korea” appear on the socks at the same time.

The white tiger stripes on the away jersey and socks stand out both on and off the field.The lines of the pattern are all hand-painted and original by the Nike design team.A sacred guardian animal in Korean mythology, the white tiger symbolizes courage and strength.Complemented by the metallic gold Swoosh logo and crest, the jersey is designed to offer a touch of luxury.