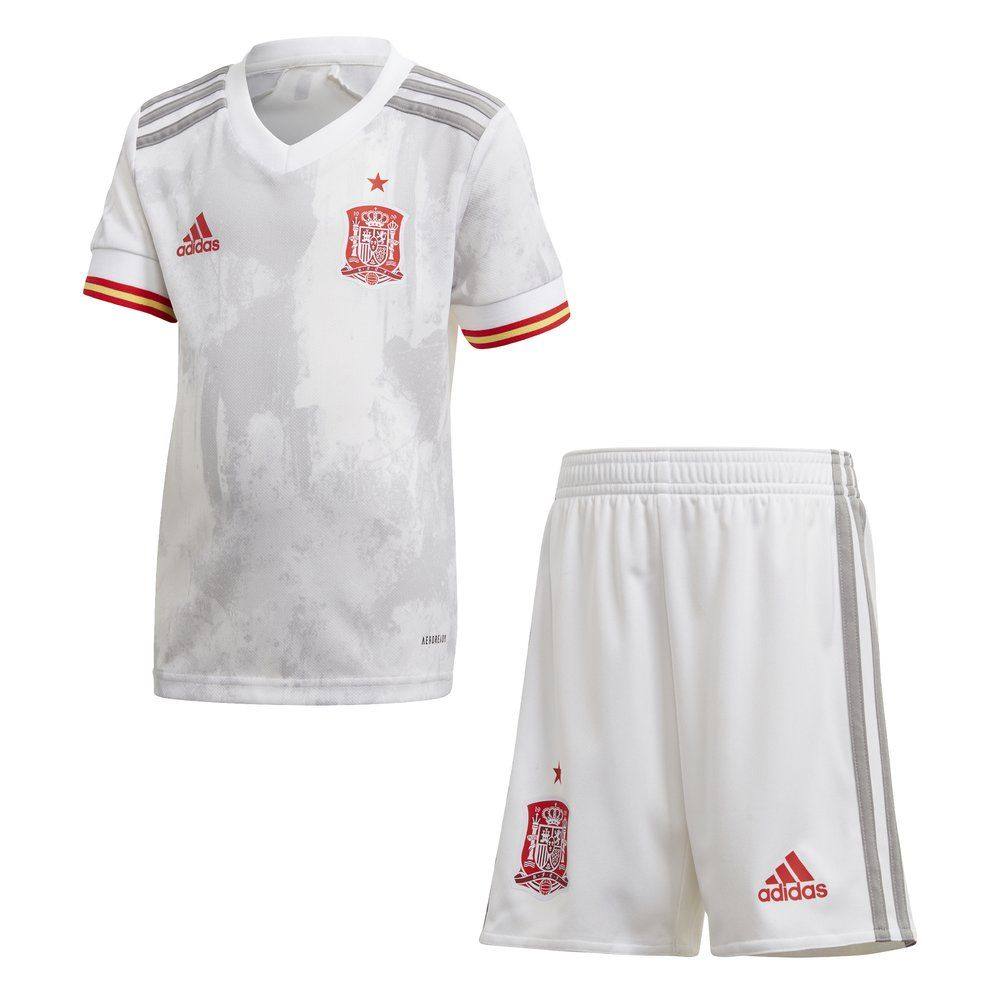 Adidas and the Royal Spanish Football Association (RFEF) jointly unveiled the new away jersey of the Spanish national team.

Adidas has been designing and producing national team kit for Spain since 1991, during which time the team has won a World Cup and two European Championships, among countless other honors.It is these honors that once again inspired the design inspiration of the away jersey.

The Spanish team’s brand new away jersey, with white and gray as the protagonist, presented in a distinctive tone, is a unique hand-painted work of art, depicting the national team’s future victories on a blank canvas.

Like the previous home jersey, the away jersey is engraved with “1920” on the back of the collar to commemorate the 100th anniversary of the birth of the Spanish team’s first jersey and first iconic lion emblem, which is the starting point of this national football legend.Silver-gray and red details adorn the jersey, shorts and socks, and the national flag element on the cuffs reinforces the idea of uniting the entire country.