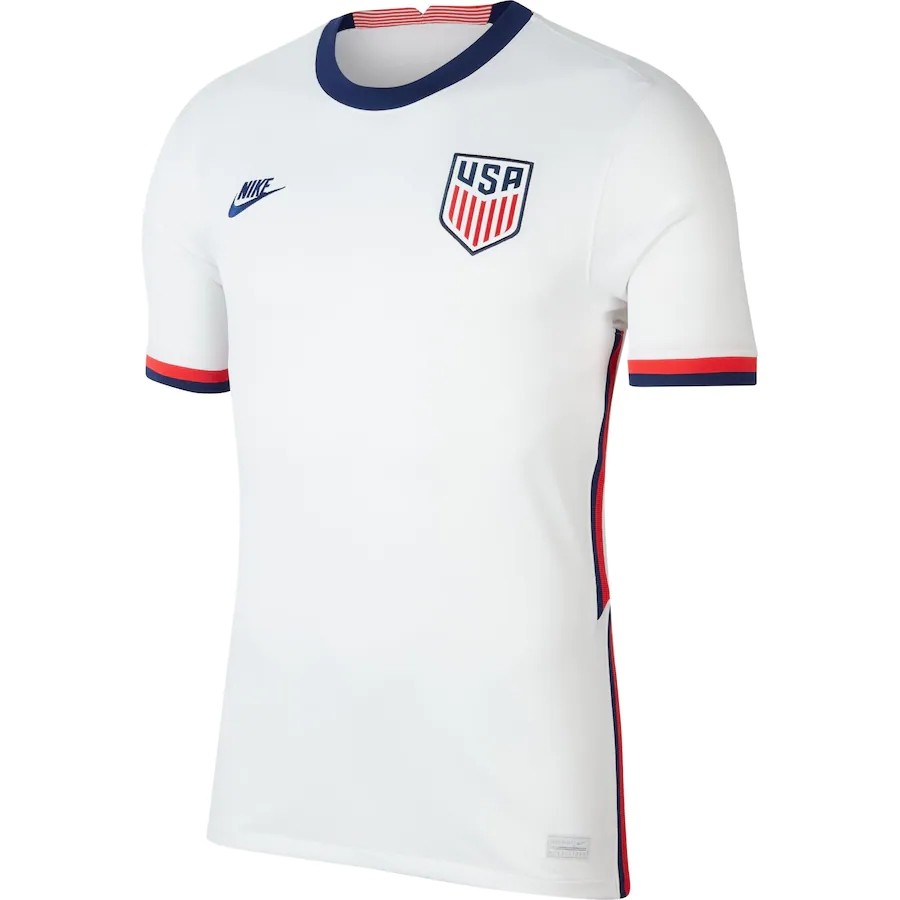 In due course, the U.S. women’s soccer team will show up in France this summer with a whole new set of training, game and leisure apparel, channeling the energy of the U.S. women’s 99 generation and all the championship glory.

The all-white home jersey has red and blue stripes on the cuffs, reminiscent of the jerseys worn by Chastain, Mia Hamm and Julie Foudy.The three five-pointed stars above the national team badge commemorate the three world champions in 1991, 1999 and 2015.

Another eye-catching design is that the names of the 50 states of the United States are written in light gray on the back of the home jersey.It was a symbol, a reminder of the support the team has from all of America—a fiery “We’re behind you!”. Morgan also praised it as “very unique”.