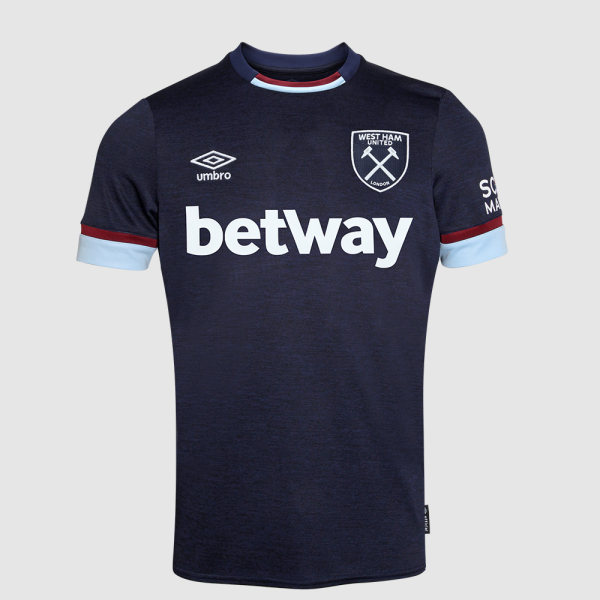 Umbro and the Premier League West Ham United Club officially launched the team’s new second away jersey for the 2020-21 season.This eye-catching jersey will celebrate the club’s 125th anniversary alongside the previously revealed home and away kits for the new season.

The new season’s second away jersey is synonymous with West Ham United Club – a tribute to the crossed hammers. The jersey is based on black, accompanied by subtle 125th anniversary theme embossing,Special black and gold spot color 125th anniversary badge on the chest.In addition, the jersey also has a stylized ribbed collar, gold embroidered Umbro logo and gold 125th anniversary logo on the back of the collar.