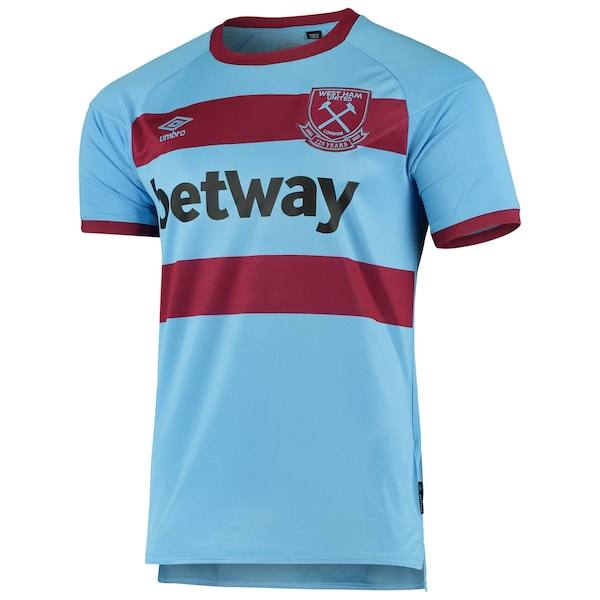 Umbro and the Premier League West Ham United officially launched the team’s new away jersey for the 2020-21 season.The “Hammers” will celebrate the club’s 125th anniversary with this jersey.

The iconic far sky blue jersey with two burgundy horizontal stripes has become a timeless classic, so popular that it has been re-popularized many times since.Most notable were 1993-94, the club’s first Premier League season, and 2011-12, which produced glory in the play-off final at Wembley.

Based on these great successes, and after full communication with supporters, the 2020-21 season away jersey has a sense of authenticity across the ages in both look and feel.The jersey has a traditional sky blue tone with two bright wine red horizontal stripes on the front.Finished with a burgundy ribbed crew neck and cuffs, and a special two-tone 125th anniversary badge on the chest.