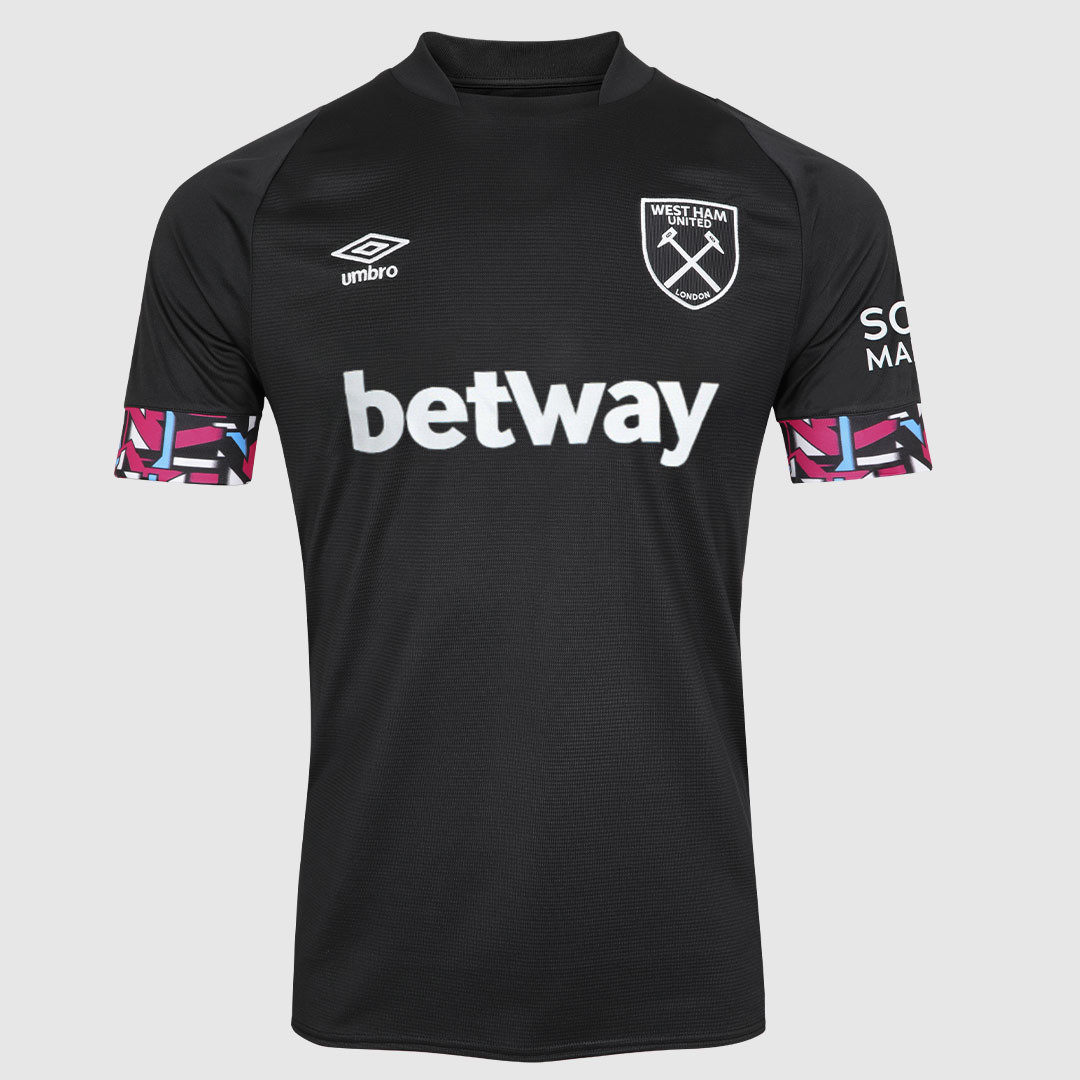 Umbro and the Premier League West Ham United Club jointly launched the team’s new away jersey for the 2022-23 season. Showcasing the multicultural character of East London.

The design of the new season’s away shirt is inspired by the Hammers’ strong roots deep in the heart of the British capital’s vibrant East End. Featuring a black body with white, pink and sky blue cuffs, the shirt features a graphic inspired by the Thames Ironworks’ century-old ship’s platform, which was discovered during the construction of the recently opened Elizabeth line, giving the black shirt a fresh look that links history and modernity.

As an exclusive detail of the West Ham United jersey, the famous crossed hammer icon is subtly placed on the back of the jersey, just below the neckline.