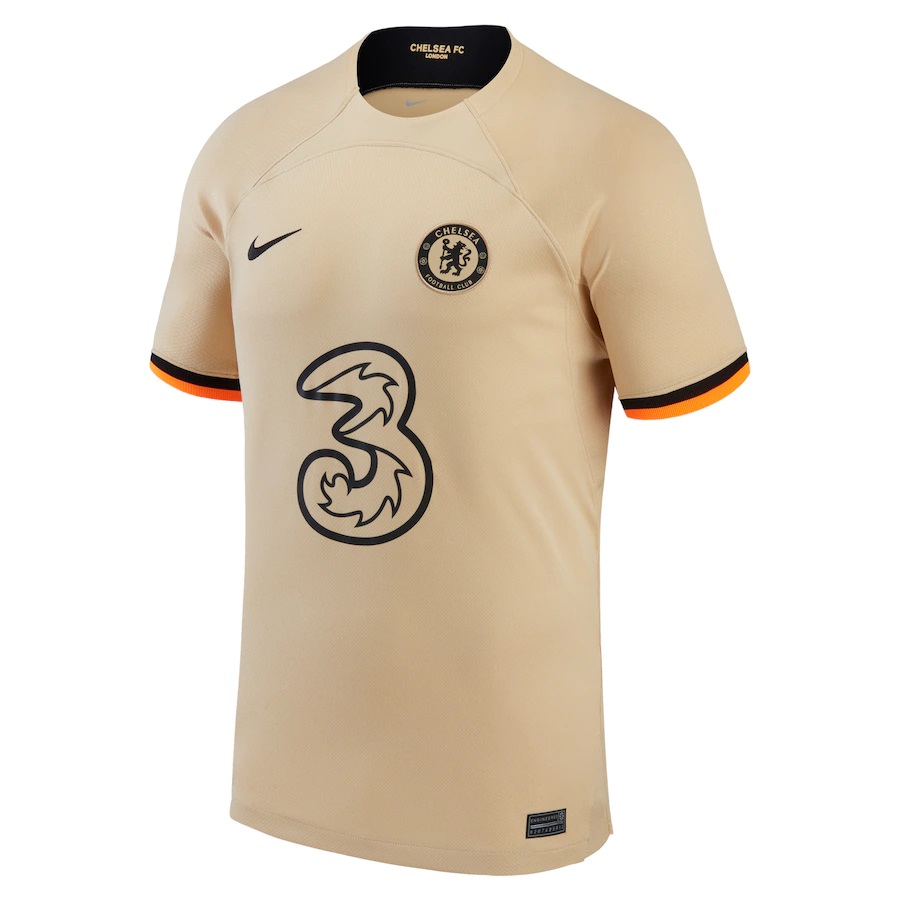 Nike and the Premier League Chelsea Club jointly announced the team’s new second away jersey for the 2022-23 season.The new jersey adopts a classic appearance design, which continues the gold standard of Chelsea club, while seamlessly fitting with the fashionable south west London.

The design of the second away jersey is inspired by the concept of “Chelsea Smart”.It’s classic meets trend, representing a period when the club was thriving and the perfect part to create West London’s stylish future.

The yellow away jersey often appears in the history of the club, and the sesame color of the new jersey is the sublimation of yellow, so familiar but full of new ideas.

This time, the club photographed the new jersey at the River Café in Fulham, which is no doubt very appropriateIt’s a restaurant near the Putney Bridge with a unique 1960s charm.Modeling the jersey in the photo is the founder of the Soho Yacht Club and a “Blues” fan.Soho Yacht Club is an emerging west London streetwear label that is pushing the boundaries of fashion, just as Chelsea FC are doing on and off the pitch.