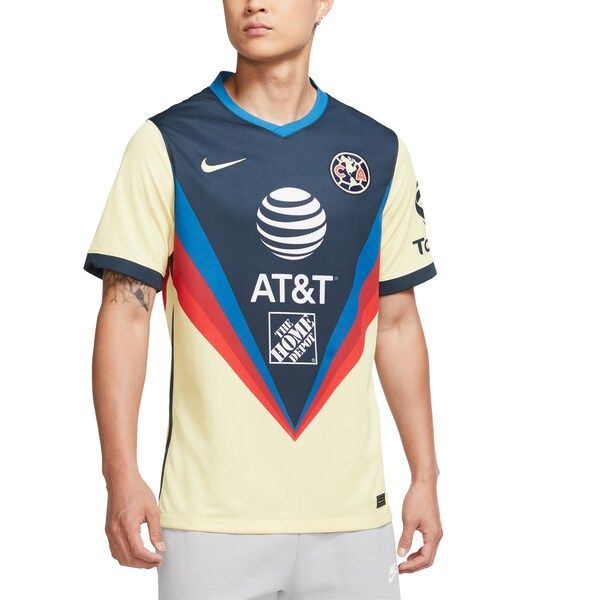 Nike and the Mexican American Club jointly launched the team’s new home jersey for the 2020-21 season.

Wearing these colors on your body is a source of pride and a great responsibility, as this shirt has written a glorious chapter in the club’s history.One important page was in the 1980s, when the Eagles flew higher and farther than anyone else, dominating an era in which the alliance between the team and its fans led to a decade of glory.

Club America’s new season home jersey is a tribute to this tradition and a new challenge for all who wear it.This jersey only accepts victories that require giving everything and never giving up until a new golden chapter is written in the history of Mexico’s greatest club.

The new jersey pays homage to the classics with a striking blue color on the chest (and back) and the iconic inverted triangle design.Outlined by a total of three rising stripes in blue and red, it represents the mystery, passion and greatness of the club.The shirt has a novel V-shaped collar with the slogan “El más grande” displayed inside the collar and the club crest on the chest has been toned down accordingly.