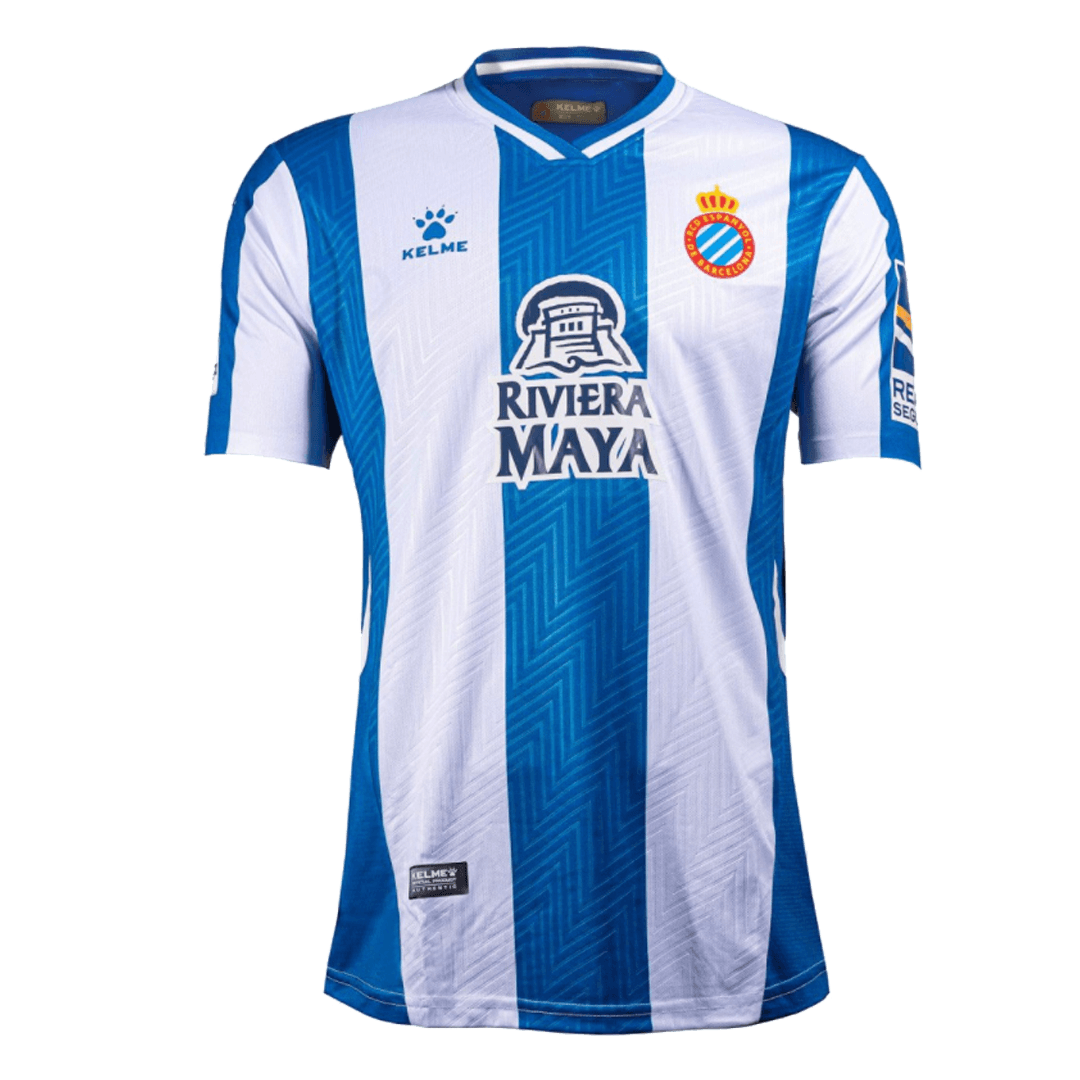 KELME and the Royal Espanyol Club jointly announced the team’s new home, away and second away jerseys for the 2021-22 season.

The design inspiration for the home and away jerseys of the new season comes from one of the most legendary seasons in the history of the Espanyol club-the 1987-88 European war trip that is still fresh in the memory of fans.In the UEFA Cup that season,The Spaniard eliminated Borussia Mönchengladbach, AC Milan, Internazionale, TJ Vítkovice and Club Brugge all the way to the final.Although they lost to Bayer 04 Leverkusen on penalties in the final, they still created a new height of honor in the club’s history.

Both jerseys in the new season interpret the classic jerseys of the 1987-88 season with a modern design language, and relive the moment of victory with the fans.

In terms of details, the three jerseys in the new season all wear exquisite club badges on the chest. Four reds and five yellows have a total of nine stripes, reflecting the pride of the Spaniard as a Catalan team.