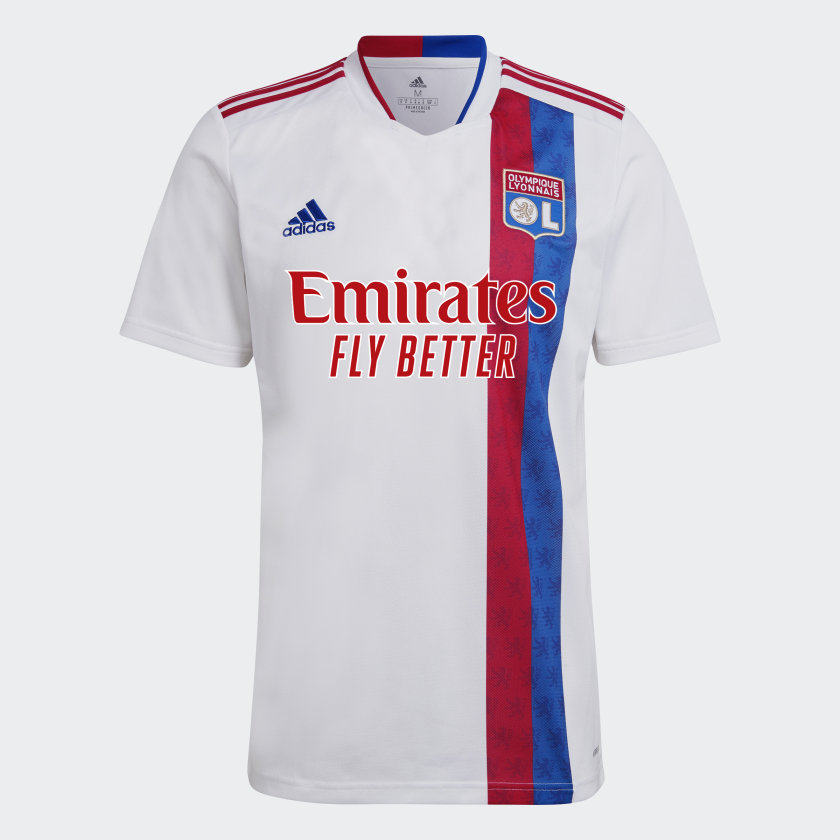 Adidas and Olympique Lyonnais have unveiled the new home and away kits for the 2021-22 season.Designed to pay tribute to the traditional image of one of the greatest clubs in French football history, the red and blue stripes on the home white jersey will be revived for the new season; the away jersey will be red, an integral part of Lyon’s history Classic jersey colors.

Since 2000, the Lyon club has performed the classic jersey style of the 1970s several times. In the new season, Lyon soldiers will once again wear a white jersey with red and blue vertical stripes, which is a strong symbol of the club’s identity.Synonymous with beauty, magic and heritage, the belt is a symbol of Lyon’s continued footballing style and a reminder of the great players who wore it, such as Serge Chiesa, Fleury Di Nallo, Bernard Lacombe, Sonny Anderson, Sidney Govou and Juninho Jr. -Sidney Govou and Juninho Jr. were among the great players who wore it.The totem of the city and the club, the lion, adorns this legendary frieze to highlight the identity of the “Lion Team”.