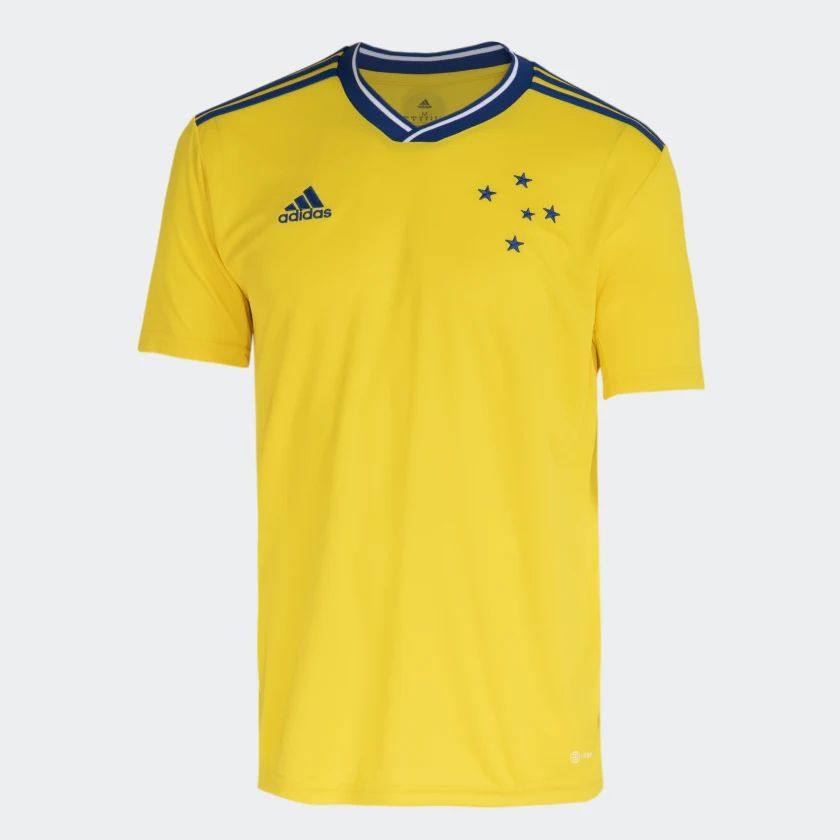 Adidas has teamed up with Brazilian club Cruzeiro EC to launch a new second away shirt for the 2022-23 season.The launch event, set against the backdrop of the Museu Afro Brasil, celebrated the great achievements and rich traditions of football in the history of the country.The new jersey is like a narrative work, telling a generation of fans in detail the trajectory of the team along the way, which resonates in people’s hearts.

To commemorate the 200th anniversary of Brazil’s independence, the new jersey has an Independence Day-themed celebration icon on the back of the collar.The overall jersey also uses yellow as the main color, which further strengthens the connection between the club and the history of the country.

The club’s legacy is underscored by the 1942 edition of the iconic five-star badge, the first badge since the club changed to its current name, now embroidered in blue on the left chest.