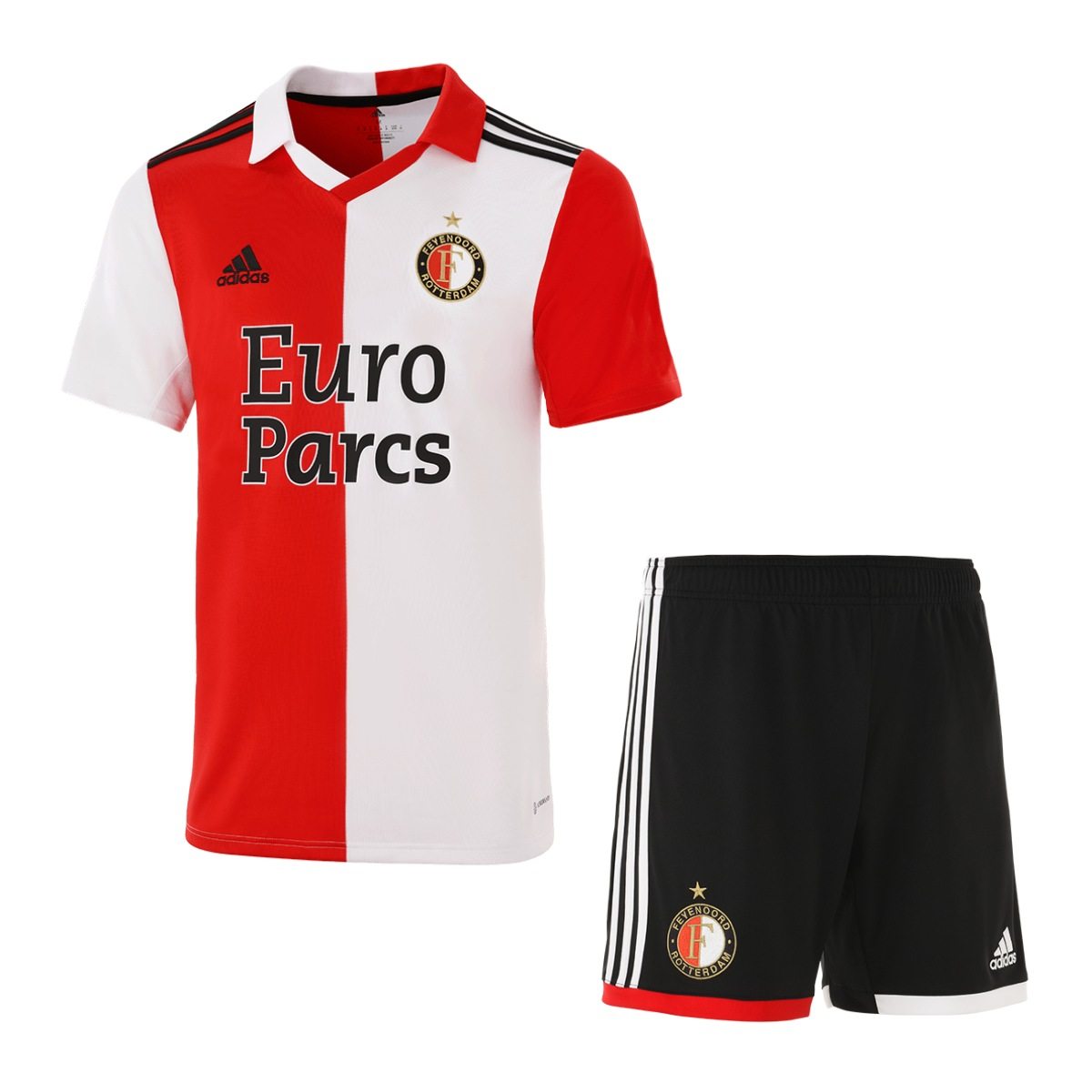 Adidas and Feyenoord Club of the Netherlands jointly unveiled the team’s new home jersey for the 2020-21 season.

The new jersey has a traditional design with an embroidered club badge on the chest. The classic V-neck divides the front of the jersey evenly into two areas of red and white. The black Adidas victory three stripes on the shoulders enrich the entire design.

As with the previously announced away shirt for the new season, the home shirt also displays the words “Feyenoord Rotterdam” on the back of the collar, echoing the club crest on the chest.Following tradition, Feyenoord’s new season home shorts and socks are black with red and white decorations.