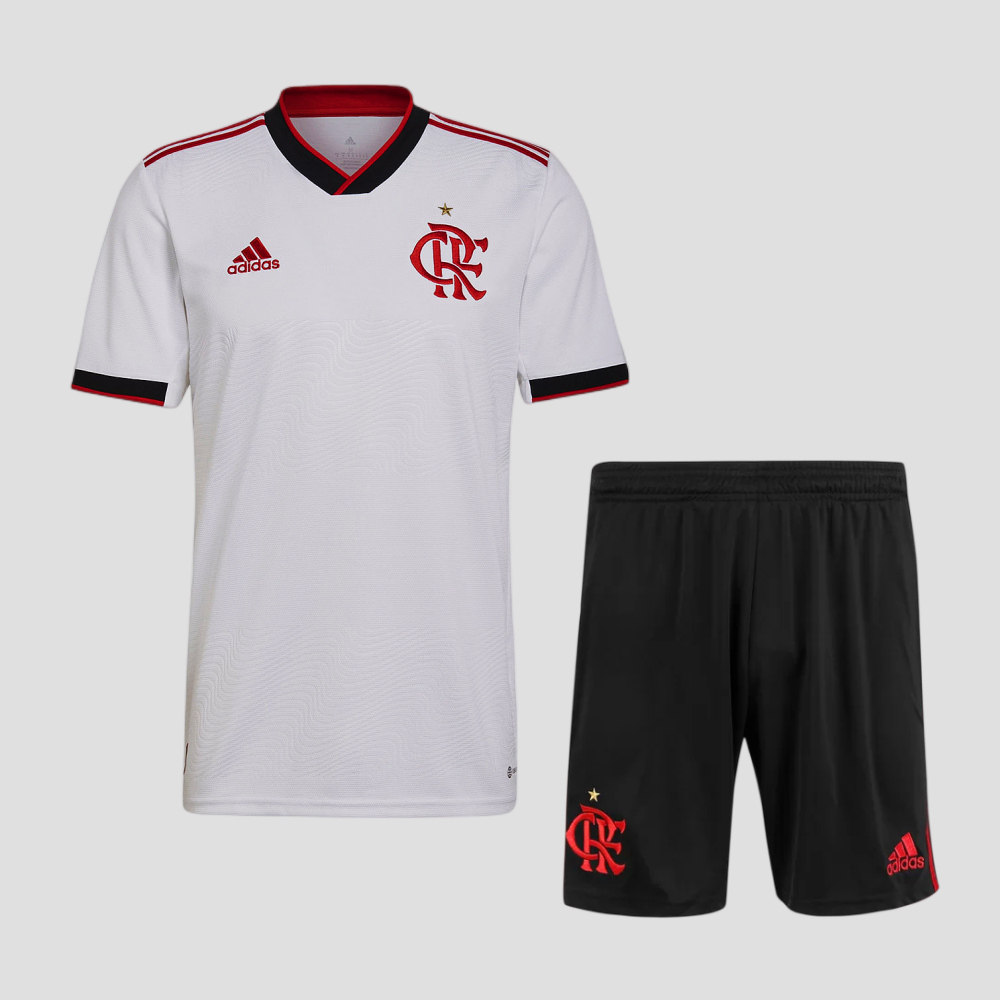 Adidas and CR Flamengo jointly announced the team’s new away jersey for the 2022 season, continuing to pay tribute to the enthusiasm of the fans in the stadium.The new jersey is white as a whole, featuring red and black decoration on the collar and cuffs, and red three stripes on the shoulders. The subtle embossing on the chest depicts undulating wavy lines, and its visual effect is easily reminiscent of the stadium. Waving flag.

Inspired by the pageantry of the Maracanã and the dancing crowds in the stands, the jersey is embroidered with the CRF letter emblem in red on the chest.As with the home shirt, the special markings on the bottom right corner of the away shirt depict a flag with the words “A Maior Paixão do Mundo”, further emphasizing the importance of the “Red and Black Kingdom” with over 42 million fans to the club’s history and achievements.