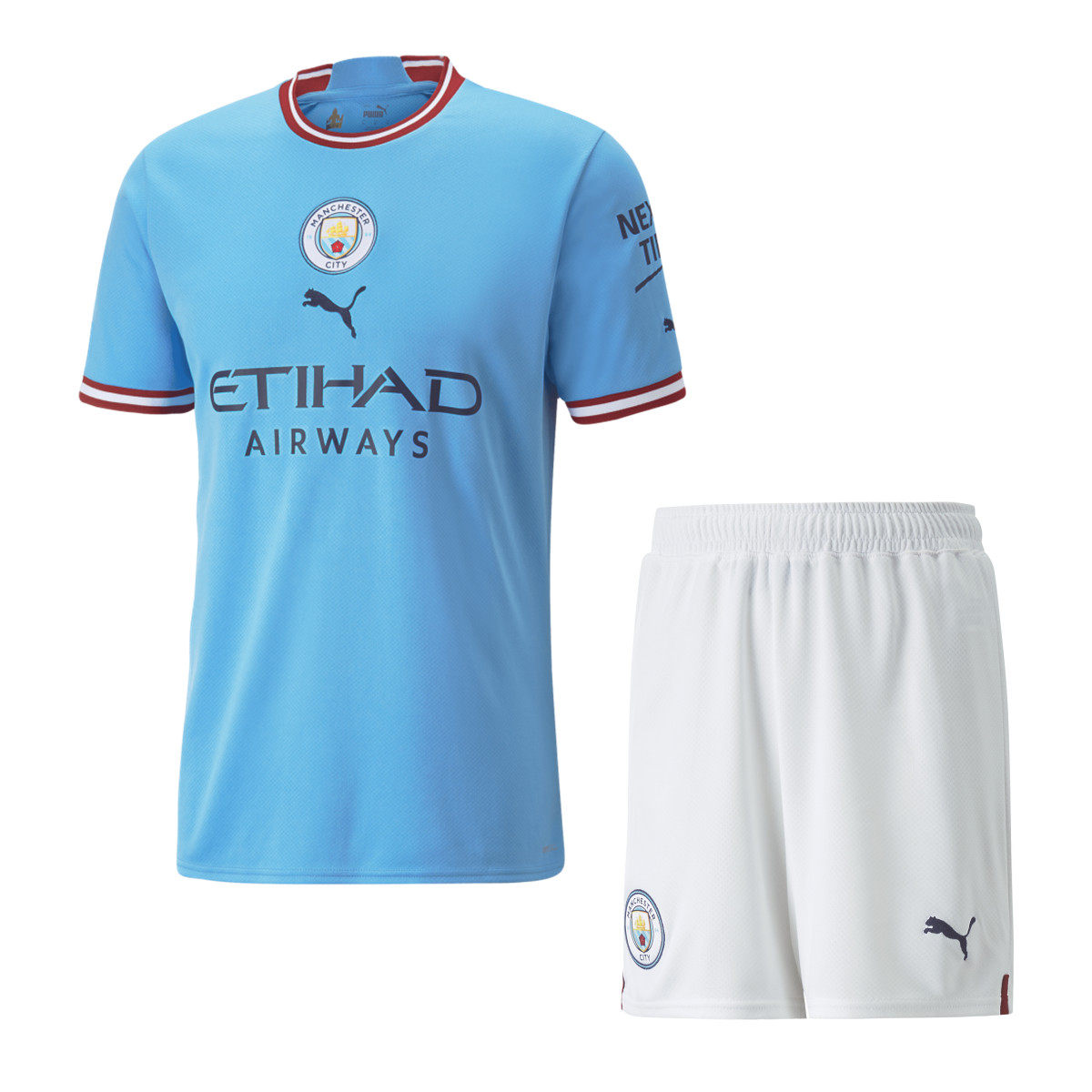 The world’s leading sports brand PUMA officially released the Manchester City Club home jersey for the 2022-23 season today.The design of the new jersey is inspired by the legendary team that won four top championships from 1967 to 1971 and the team leader Colin Bell at the time. Its superstar tribute.

Between 1967 and 1971, no team displayed the style and momentum of Manchester City.The smooth passing and cutting and running coordination, and the offensive football style of full-court pressure make Manchester City ahead of the times.During this time, City won the 1967-68 English top flight, the 1968-69 FA Cup, the 1969-70 European Cup Winners’ Cup and the English League Cup.For half a century, this glorious era has inspired every generation of Manchester City players to continue to push the limits at home and in Europe.

The new 2022-23 season Manchester City home jersey reproduces the club’s classic jersey design during Colin Bell’s time, in order to pay tribute to one of Manchester City’s greatest icons and that legendary team.The overall jersey still uses sky blue as the main color, the club team logo is placed in the middle of the front chest, the collar and cuffs are embellished with iconic wine red stripes, and the “The King” crown logo on the inside of the neckline is intended to pay homage to “King Colin”.