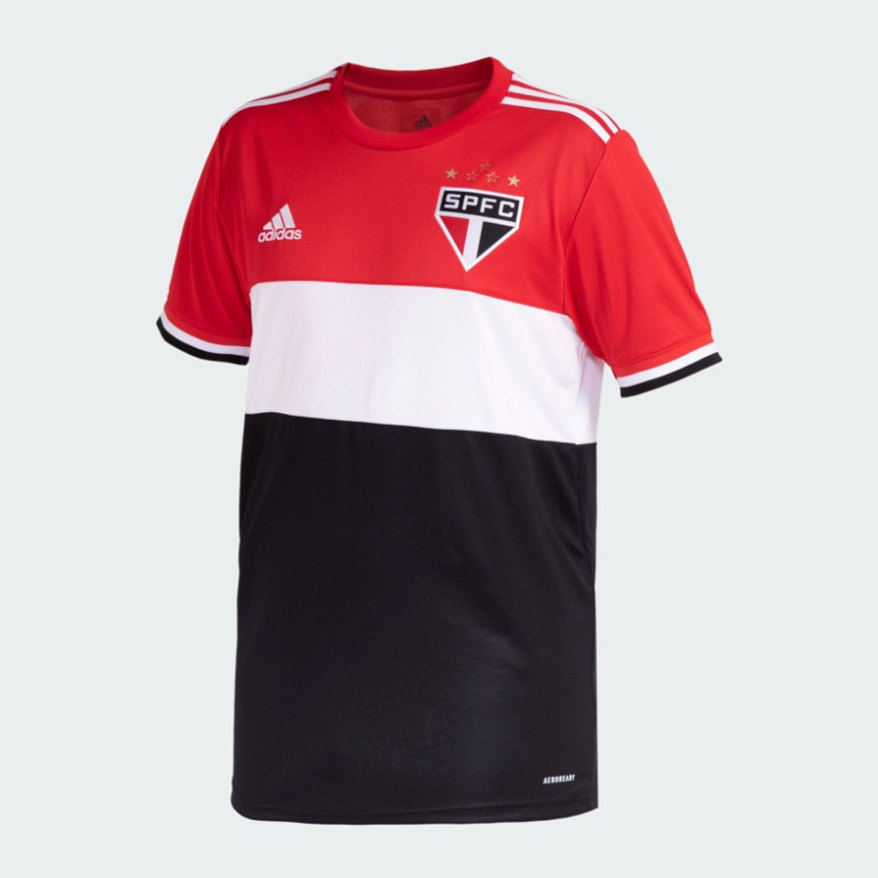 Adidas and São Paulo FC have unveiled the team’s new second away jersey for the 2021-22 season throughout Brazil.The home and away jerseys of the “Tricolor Army” this season are based on the theme of praising the origin of the team, which is inspired by the club’s song – “De São Paulo tens o nome”;The new second away shirt focuses on the more striking lyrics – “Amado clube brasileiro”.

The new second away shirt highlights each of the “Morumbi Giants” colors and is arranged horizontally like its flag.The jersey features a red crew neck and tricolor trim on the sleeves, white triple stripes on the shoulders, and the Adidas logo and club crest worn on the chest.

The jersey is so focused on showing the team’s flag and iconic symbols that it tries to reinforce their shared identity among fans. No matter where they are, they maintain the same pride in the team’s winning tradition.